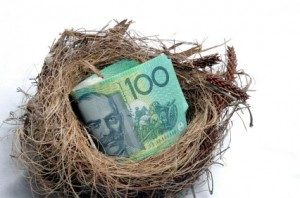 In family law proceedings, the court has broad discretion to divide the assets and liabilities of the parties to a relationship. One asset that is subject to division (or at least a notional attribution within the asset pool) is a redundancy benefit received or expected to be received by a party.

A redundancy occurs when an employee is “made redundant” and terminated from their employment. An employer must compensate an employee made redundant with a payout that is dependent upon the length of their service with that employer. The employee is also entitled to an additional payment which represents any accrued leave and long service leave benefits.

Any such monetary redundancy benefits received by a party can be taken into account in the division of the parties’ assets by the Family Court. For instance, if a party in a Family Court property dispute receives a sizable redundancy payout from their employer and contributes that amount to the relationship, this contribution will be considered a financial contribution made by them. Financial contributions to the relationship are one of the factors that the court uses in deciding what each party will receive from the asset pool.

A more complicated scenario occurs when one party to a family court property matter understands that they will be made redundant in the future. In such a scenario, that party is obligated to disclose the potential redundancy (and the monetary value thereof) to the other party. Failure to properly disclose a future redundancy could result in any financial settlement being set aside due to that non-disclosure. The relevance of a future redundancy depends upon the degree of certainty that it will be received.

Not all redundancy compensation will be considered by the court when dividing property. For instance, if the redundancy package includes a payout for a loss of future earnings in circumstances where the recipient is unable to obtain replacement employment, the court may find that, because these benefits relate to post-separation income, they should not be subject to division. The logic is that, if the redundancy payment is to tide you over during a future period when you won’t be able to find a job, that redundancy should not be treated as an asset.