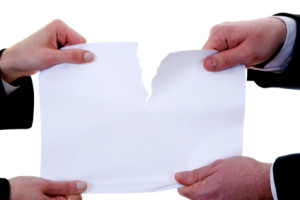 A FATHER of two from Balgowlah has been awarded up to $800,000 in damages after he successfully sued his lawyers for negligence claiming a pre-nup they created was useless in shielding his assets from a divorce.

The pre-nup was drawn up by Andrew Corish, who worked for the firm in January 2002. Mr Corish was consulted a second time about the pre-nup in March 2004 after Mr Schacht and his wife Claudia Dieziger bought the Balgowlah home, the court heard.

The pre-nup was altered, to allow Mr Schacht to give his wife a 15 per cent interest in the property.

When Mr Schacht divorced Ms Dieziger five years later he found out the pre-nup was worthless.

The pre-nup was drafted to give Ms Dieziger a cash payment for each child she had. She had two children during the marriage.

As part of their divorce a Federal Magistrate found the pre-nup was “not binding” since it didn’t comply with the Family Law Act 1975.

Mr Schacht ended up having to pay his wife $496,000 more in a property settlement following his divorce than he had originally agreed to pay in the pre-nup.

He sued his former lawyers, Staunton & Thompson, claiming they should pay him damages for the loss and damage caused by the worthless pre-nup.

Together with interest and the legal costs from a Family Court divorce case, Mr Schacht claims he is owed $800,000.

Mr Schacht’s lawyer in the successful damages suit, James Riley, principal at Riley Gray-Spencer Lawyers said the decision was an important one for couples considering marriage.

“They need to go to a family law specialist and ensure that the specialist drafts an agreement in accordance with the Act,” Mr Riley said.

Family law experts say pre-nups are fraught with danger for solicitors who draft them as the legislation demands lawyers meticulously follow a set of precise steps.

Supreme Court judge Peter Johnson found that the alterations to the pre-nup in 2004 had meant it was not binding.

He accepted the evidence given by Family Law expert Duncan Holmes who told the court that a “prudent” Family Law solicitor would have not just amended the pre-nup in 2004 but would have scrapped the 2002 version and started again.