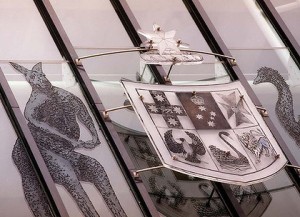 THE High Court has defined the powers of judges to divide the assets of elderly married couples forced to part when one moves into a care facility.

The judgment has confirmed Family Court judges can exercise discretion and make property settlements in cases where couples become involuntarily separated through illness and old age, but only in circumstances that are “just and equitable”.

The court ruled the forced separation of elderly couples alone is not reason enough for a court to interfere with the financial arrangements of married couples, but there may be circumstances when courts can make property settlements.

The couple at the centre of the long-running case, known to the court as Mr and Mrs Stanford, married in 1971. It was the second marriage for both, each previously having children.

In 2008, Mrs Stanford suffered a stroke and had to move into full-time residential care. While in care, she developed dementia, but Mr Stanford continued to provide for her, placing about $40,000 into a bank account to pay for her medical needs.

In 2009, Mrs Stanford _ acting via her daughter _ applied to the Family Court of Western Australia for orders that the family home be sold and divided equally, in part to pay a bond so she could move to another care facility.

The magistrate hearing the case ruled that the wife should be granted $612,931 within 60 days.

Mr Stanford appealed against the ruling to the full Family Court _ which found courts had powers to make property settlements in such cases _ but the magistrate had not properly considered the effect of the order on the husband.

Before final orders were made, the wife died but the proceedings were continued by Mrs Stanford’s daughters and the full Family Court ordered that on the husband’s death $612,931 should be paid to Mrs Stanford’s family.

The High Court yesterday overturned that order, ruling: “When, as in this case, the separation of the parties is not voluntary, the bare fact of separation does not demonstrate that the husband and wife have any reason to alter the property interests that lie behind whatever common use they may have made of assets when they were able to and did live together.”

University of WA law professor Robyn Carroll said the decision was to be welcomed.

“It clarifies that the Family Court has the power to make orders between the parties in a marriage even if the marriage has not broken down, and that careful attention must be paid to identifying the circumstances in which it will be just and equitable to make financial orders.”

Mr Stanford’s son yesterday told The Australian he was “extremely happy” with the judgment.

“I believe a lot of people have been looking at this case, and really the bottom line is that we never wanted this to happen to anybody else, that is why we saw it to the end,” he said.