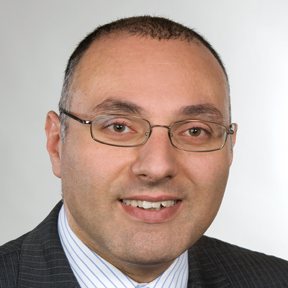 Financial planners and accountants need to know how their clients’ relationship status is seen in the eyes of the law, according to lawyer Nabil Wahhab, or things like super splitting after a break-up can get very complicated.

There is a saying amongst family lawyers: every applicant for financial settlement in the family law courts “walks away with a prize”.

Has this been true of de facto cases that have been decided in the Family Court since the States referred their de facto powers to the Commonwealth from 1 March 2009 (except South Australia which commenced on 1 July 2010)?

Has the court made orders for property or spouse maintenance in every de facto case?

Since the new law commenced, the Family Court (and the Federal Magistrates Court) has heard and determined a number of cases about jurisdiction namely whether the parties were in a de facto relationship or not.

The stakes are very high for both applicants and respondents – because if jurisdiction is established the gates open for the applicant for property settlement and spouse maintenance.

No wonder the fights over jurisdiction are hard fought and can take a number of days of hearing.

To invoke the family law de facto jurisdiction, an applicant must show that they were in a de facto relationship for a period of at least two years.

If the applicant cannot do this, their application for property settlement (including super splitting) or spouse maintenance is doomed as the court does not have jurisdiction.

There are exceptions to the two years rule which are outside the scope of this article: birth of a child to the relationship or significant contributions made by the applicant for which they have not been compensated (eg, if the applicant puts their savings towards the purchase of a home with the respondent), but it appears that there must still be a period of time where the applicant and the respondent must have lived together as a prerequisite.

This is a new concept in the Family Court because unlike marriage where there is a certificate of marriage, in de facto relationships there is certificate of de facto (one can be signed and registered at the Registry of Births, Deaths and Marriages; however most couples have not taken up the registration or signing of certificates of de facto).

Even if a certificate is signed, that is not determinative of whether or not there is or was a de facto relationship as that term is defined in the Act. This is definitely getting harder!

Relationships are complex. They take many forms. Parties who are in a relationship could live together for a period of time; they may have a sexual relationship; one of the parties may regard themselves as having an affair with the other; the other person may consider themselves as a “kept woman”.

Are any of these forms of relationships capable of a finding that a de facto relationship existed between the parties?

To answer the above question we have to go back to basics. Section 4(1) of the Family Law Act defines a de facto relationship as a relationship between two adult persons (a) who live together as a couple; and (b) who are not married to one another or related by family.

The essence of the definition involves two concepts: living together and acting as a couple.

Whilst it is true that in s.4(2) there are a number of circumstances that would be taken into account in determining whether two persons are in a de facto relationship, those factors or circumstances are “reminders of matters that possibly might be relevant in deciding whether two people are in a de facto relationship, but do not state its essence.

The essence is to be found in s.4(1).” This is important, as there may be cases where one can show that a sexual relationship existed between the parties, or that the duration of the relationship was significantly longer than two years – but a judge may come to the view that these pointers do not elevate the relationship to a de facto relationship.

The case of Jonah & White is illuminating to understand the concepts referred to above. In Jonah, the parties were in a relationship for 17 years.

They travelled together overseas on at least one occasion.

They maintained a sexual relationship.

The applicant stayed at the respondent’s farm for a few days once every two to three weeks.

They each accorded to the relationship love and affection.

They gave each other “pet names”, did a joint portrait and sent each other affectionate emails and had very regular phone contact. Overall the parties had significant degree of mutual commitment to the other.

Ultimately, however, the judge found that all of these matters did not amount to a de facto relationship, for the applicant could not establish that the parties had a relationship as a couple living together on a genuine domestic basis.

Wow – all of the above circumstances and the judge still was not convinced?

The judge found that absent from the relationship was “the merger of two lives” – or the “coupledom”: the applicant must establish that the parties had so merged their lives that they were for all practical purposes living together as a couple, which he thought was the “manifestation of coupledom”.

The nature of the union lies at the heart of the statutory consideration.

In the case of Taisha, Taisha was 22 when she moved in with Peng and her husband Pan and their children. Taisha asserted that she and Peng were in a de facto relationship for 17 years.

She asserted that they shared a bed; had sexual relationship over 17 years; went on holidays together (but not with Pan) and that she made financial contributions to the household.

The trouble for Taisha is that Peng and her children and Pan asserted something different. Peng said that she treated Taisha as her daughter and their relationship was a mother/daughter like relationship.

She agreed that they shared a bed together for many years but there was nothing sexual about the sharing of the bed.

Peng and Pan’s children’s evidence was along the same lines as their mother.

Ultimately, the judge did not find a de facto relationship, because even if they were a couple, Taisha could not prove that they were living in a domestic relationship.

How does one establish or rebut the ‘coupledom’ principle?

The following evidence could assist in establishing or rebutting the coupledom principle:

What should financial planners do?

If you are a financial planner or an accountant, what should you look for and what advice should you give your client over and above some of the matters raised above?

The financial consequences that will flow once de facto jurisdiction is established are significant, as the rivers of financial rights to the applicant will flow in the form of financial settlement and/or spouse maintenance.

If the judge in Jonah found jurisdiction, and even absent the court making an order for property settlement, the applicant would have been successful in obtaining periodic or lump sum spouse maintenance.

If the respondent has, for example, $5 million in assets and the applicant none, then because of that disparity alone a court would award some property to the applicant.