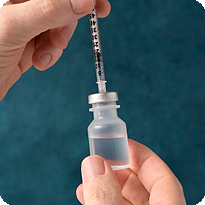 A Family Court judge has ordered the parents of an eight-year-old girl to immunise their child according to government health guidelines, despite the biological mother’s refusal on the grounds of her homeopathic beliefs.

The mother had sought an injunction in the Family Court to stop the father and his partner from immunising the child without her written permission. She made the application after discovering that her daughter’s stepmother had taken the child to a medical centre to have her immunised against diphtheria, tetanus, pertussis, hepatitis B, polio, HIB, measles, mumps, rubella and meningococcal C.

Previously, the mother had been arranging homeopathic vaccines.

She told the court that she adhered to a “simple and healthy way of life” that included eating organic food, using non-toxic cleaning products and sending the child to a Rudolph Steiner school where the toys were made from natural products such as wool, wax and silk. Most parents at the school focused on “building up the immune system of the child through homeopathics” she told the court.

When the child was five, she contracted whooping cough, and the father and his new partner became concerned that she was not vaccinated, possibly placing their new baby at risk. The stepmother then took the child to the medical centre for a course of traditional immunisations, with the support of the child’s father, but without the mother’s consent or knowledge.

This upset the mother, in part because it engendered feelings of disempowerment, but also because she feared the health risks of traditional immunisation. She told the court:

“The homeoprophylaxis regime is more than adequate for her needs, provides her with immunity against childhood diseases and does so in a far safer and more risk averse way”.

A doctor in homeopathic medicine told the court that homeopathic vaccination was safe and effective, whereas traditional vaccination had short- and long-term risks, including a link to ADHD and autism.

Justice Bennett accepted the evidence of a doctor at the Royal Children’s Hospital in Melbourne, who said there was insufficient evidence of the effectiveness of homeopathic immunisation to justify its replacement of traditional immunisation. The links to ADHD and autism had been disproved by studies in Scandinavia, France and the United States, the doctor said.

Justice Bennett said the risks associated with traditional immunisation did not outweigh the risks of infection. “It appears to me that the efficacy of homeopathic vaccines in preventing infectious diseases has not been adequately scientifically demonstrated”, she said.

The mother has lodged an appeal.

An application may be filed with the Family Court or Federal Magistrates Court when parents cannot agree about whether immunisation should occur. When deciding upon such an issue, the paramount consideration is the best interests of the child and expert evidence is required.

The judgment of Mains & Redden (2011) FLC ¶93-478 has similar facts to this recent decision, with the mother opposing the immunisation of the parties five-year-old daughter. The judgment illustrates the importance of expert evidence in such cases.