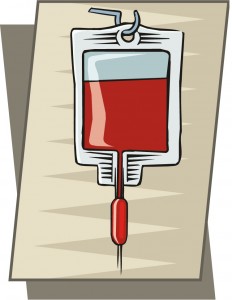 A 17-year-old Jehovah’s Witness suffering from a lethal form of blood cancer and refusing treatment threatened to rip the IV needle out of his arm if doctors attempted a blood transfusion.

But the NSW Supreme Court has overruled the wishes of the patient, known only as ”X”, and his parents, ordering him to undergo the potentially lifesaving procedure.

The case is unusual because at the time of the court’s ruling on March 28, X was just 10 months away from turning 18 – by which time he would be considered an adult and entitled to refuse blood products.

Usually, such court cases involve much younger children whose parents have refused to allow lifesaving treatment.

In his judgment, Supreme Court Justice Ian Gzell said X had been ”cocooned in faith”.

Professor Glenn Marshall, who is treating X for Hodgkin’s lymphoma at Sydney Children’s Hospital, was told by the patient being sedated for a blood transfusion would be akin to being raped.

On a whiteboard in his hospital room, X’s father wrote a scripture reference to abstaining from blood, which is forbidden for Jehovah’s Witnesses.

X was admitted to the hospital in January last year, and he and his parents consented to chemotherapy which continued for seven months. The treatment resulted in remission, but in November Professor Marshall found cancer in the patient’s lungs, spleen and lymph nodes. He recommended X receive more intense chemotherapy but, because that treatment was likely to lead to a blood transfusion, X and his parents refused.

Instead X had two cycles of chemotherapy at the lower dose, but scans in February showed only a 25 per cent to 50 per cent reduction in his tumours.

”Professor Marshall was disappointed with these results,” Justice Gzell’s said in his judgment.

”Based on his experience treating patients of similar age with similar disease type, he would normally expect no tumour to be present after treatment with higher doses of different cytotoxic chemotherapy agents.”

By March, X developed severe anaemia and chemotherapy had to be stopped. Professor Marshall feared that once it was restarted X would again become severely anaemic. He told X and his parents if he suffered severe bleeding or his blood pressure dropped to dangerous levels, blood would immediately be brought to the ward and administered. In response, X said he would ”rip the IV out”.

Professor Marshall, who has 20 years’ experience treating children with cancer, told the Court X had an 80 per cent chance of dying from anaemia without a blood transfusion.

If he was allowed to administer his preferred treatment, he said X would have up to a 50 per cent chance of survival.

Apart from ripping out the IV if he could, X and his father would otherwise obey the court order, Judge Gzell found.

”The sanctity of life in the end is a more powerful reason for me to make the orders than is respect for the dignity of the individual,” Justice Gzell said in his ruling. ”X is still a child, although a mature child of high intelligence.”

The judge has given the green light for doctors at the Kids Cancer Centre at Randwick (part of the Sydney Children’s Hospital) to give the boy blood.

Last year the NSW Supreme Court made similar orders for a four-year-old girl from South Australia.