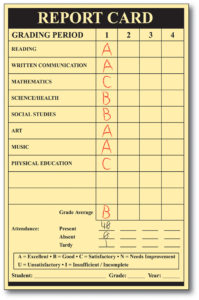 A NSW father has been ordered by the Family Court not to ask his daughter about her school reports or force her to eat meals.

The order was made following a dispute between the divorced parents of a 13-year-old intellectually disabled girl and an 11-year-old boy, the Daily Telegraph reports.

The mother alleged the father was in denial about their daughter’s disability and he was damaging her self-esteem by interrogating her about her school results in front of her brother.

She also told the court the father forced the children to eat and would yell at them if they did not want to.

The court heard the father, who has spent time in jail for kidnapping a child from another relationship and suffers from bipolar disorder, already had to be supervised by his mother or ex-wife’s mother while spending time with the children.

In the judgement published last week, Family Court Justice Stuart Fowler ordered that the father be allowed access to the girl’s school reports but not discuss them with his daughter.

He also ordered the father not to force the children to eat, abuse them, physically discipline them, insist they do tasks beyond their abilities or smoke or drink in front of them.

The father is appealing the judgement.