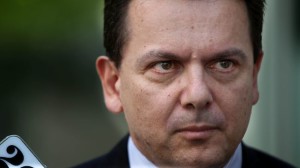 The Department of Human Services has spent more than half a million dollars of taxpayers’ money in legal fees fighting a child support dispute over $6000.

Independent Senator Nick Xenophon says the case is a “scandalous waste of taxpayers’ money … to protect the butt of the department”.

Now the department, which runs the Child Support Agency, Centrelink and Medicare, has hired more high-end lawyers to try to block the release of information on its own conduct in the matter, exposing taxpayers to up to a million dollars in legal and other costs.

Child Support Agency bosses have spent the money despite knowing, since August 2011, that their public servants broke the law in the man’s case and were on shaky legal ground from the beginning of the dispute.

DHS has been ordered by the government’s information watchdog to hand over a briefing it prepared for its minister, along with other documents, but the department has hired top-end lawyers Clayton Utz to fight the decision of the Australian Privacy Commissioner.

Throughout the three-year legal battle with the father, a determined litigant known simply as “DT” because of strict Family Court rules on identifying parties, Human Services have tried to resist handing over documents to the court and defied orders to release information to the Office of the Australian Information Commissioner.

Transparency and accountability at Human Services, the government’s largest department, has been under fire since a report by the Information Commissioner revealed an organisation obsessed with process, that preferred legalese to plain English and had increasingly lost sight of its duty to share information.

The report shows that full freedom of information disclosures at the Department of Human Services have halved over the past three years. It also identified “negative trends” in DHS processing of FOI requests between 2011-12 and 2013-14.

During that period, the department increased its use of the “practical refusal” mechanism in the FOI Act from 33 to 777 occasions. There was also a decline in the number of FOI requests to which access to documents was given in full, from 58% to 26% of requests.

And the report identified an increase in the number of applications for Information Commissioner review of the department’s access refusal decisions, from 49 IC review applications in 2011–12 to 95 in 2013–14.

Human Services receives more FOI requests than any agency aside from than the Department of Immigration and Border Protection.

As of April this year, DHS had paid more than $500,000 to defend the DT case and refuses to say what has been spent since.

New South Wales Labor Senator Doug Cameron has slammed the secrecy of the department. “The command-and-control structure in DHS, in my view, is just crazy,” Cameron said.

“You ask questions at [Senate] estimates and obviously lots come back trying to avoid the question but that’s not something new to the public service. But I did ask a question on the computer system and a complete cloak of silence was thrown over the issue. I was told I would get a briefing and when the briefing came they told me they couldn’t tell me anything.”

Cameron has urged Human Services Minister Marise Payne to play a more active role in developing a culture of transparency at the department.

The department refused this week to say how much taxpayers’ money was being paid to Clayton Utz for the latest legal manoeuvre but a spokeswoman insisted the department was justified in another round of legal action to keep documents suppressed.

“Matters are generally appealed to the Administrative Appeals Tribunal where the decision being appealed contains an error of fact or an error of law,” the spokesman said.

“As this matter is subject to ongoing litigation, the department will not be providing further comment at this time.”

Senator Xenophon has been trying to use Senate estimates to get answers on the spending on the case, but his questions have been taken on notice, with Human Services then refusing to answer, citing “confidentiality”.

“This is bureaucracy gone mad and now they’re refusing to answer how much has been involved,” Senator Xenophon said.

“Taxpayers should expect a better response than this, they are hiding behind confidentiality and it seems a cowardly way to avoid accountability.

“This seems to be a scandalous waste of taxpayers’ money for no good effect other than to protect the butt of the department.”