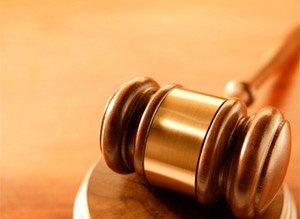 In family law disputes it is a common misconception that an inheritance or other large sum received after separation will be excluded from the property pool to be divided between the parties.

The Full Court of the Family Court of Australia in Western Australia heard an Appeal by a husband who argued that an inheritance received 4 years after separation should not be included in the property to be divided between him and his ex-wife.

The parties were married for 8 years and were divorced in 2011.They had one child who was 5 years old at the time of separation.

In 2014 the husband received an inheritance from his father’s estate.

The wife commenced proceedings more than 3 years after separation and was granted the Court’s leave under Section 44 (3) of the Family Law Act to pursue a property settlement claim.

The trial Judge found that the net value of the assets to be divided between the parties was $1,340,319 of which, in percentage terms, the remaining inheritance of $430,686 accounted for approximately 32% of the asset pool.  The husband tried unsuccessfully to exclude his inheritance from the asset pool. The trial judge assessed contributions as 75%/25% in the husband’s favour and, after making a 10% adjustment to the wife for future needs, divided the property 65%/35% in favour of the husband

The husband appealed the decision.

The central issue on appeal was whether the trial Judge erred by including the husband’s post separation inheritance within the parties’ property pool available for division.  The husband argued that his inheritance should not be included in the pool because of the degree of “connection” or more to the point, the lack of connection, between the inheritance and the parties’ matrimonial relationship.  The husband was unsuccessful in taking that position and his appeal was dismissed.

The Justices of the Full Court of the Family Court of Australia, Chief Justice Bryant, Justice Ryan and Justice Aldridge concluded that the Court retained a discretion as to how to approach the treatment of property acquired after separation.

Interestingly in the NSW case of Holland & Holland [2017] FamCAFC 166 the inheritance was not included in the asset pool.

It is important you obtain legal advice about your particular circumstances before you make any decisions about dividing your property as a there is no one way the Court will deal with post separation assets.