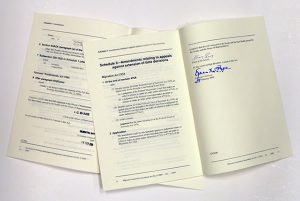 Since the 2004 amendment to the Marriage Act 1961 (Cth) which inserted the current definition of marriage, 22 bills dealing with same-sex marriage or the recognition of overseas same-sex marriages have been introduced into the federal Parliament. Four bills have come to a vote: three in the Senate (in 2010, 2012 and 2013), and one in the House of Representatives (in 2012). These bills were all defeated at the second reading stage; consequently no bill has been debated by the second chamber. To date, the bills have been introduced by members of parliament representing the Australian Democrats, Australian Greens, Australian Labor Party, Liberal Democratic Party, Liberal Party of Australia and by Independents.

This Quick Guide provides a chronological list of bills relating to marriage equality introduced into the federal parliament, including bills restored to the Notice Paper or reintroduced in a later parliament. The information on each bill includes:

The list also includes one government bill: the Marriage Amendment Bill 2004 which inserted the definition of marriage as the ‘union between a man and a woman’.

The list does not include the following plebiscite bills (in which no party was granted a conscience vote):

… it will be observed that there is no attempt to define marriage in this bill. None of the marriage laws to which I have referred contains any such definition.

The second reading debate was postponed to allow for consultations with the States and other interested organisations over the proposed administrative arrangements. On 18 August 1960 the Bill passed the second reading stage in the House of Representatives without a division. On 8 September 1960 Barwick announced that various adjustments to the Bill were required. He proposed circulating amendments, withdrawing the Bill at the committee stage and replacing it with a new Bill incorporating the amendments. The Bill lapsed before the committee stage because the second session of the Parliament was closed on 9 December 1960.

On 21 March 1961 Barwick reintroduced the Bill (Marriage Bill 1961) stating that it incorporated:

… the amendments which would have been dealt with in committee, together with the original bill, had it been found possible to proceed with the committee stage. As I have said, that was not found possible and the 1960 bill has now lapsed.

In the same speech he also said:

Both major parties (ALP and LIB) were granted a conscience vote on the Bill. On 22 March 1961 the Bill passed the second and third reading stages in the House of Representatives without divisions.

The Bill was introduced into the Senate on 23 March 1961 and passed the second reading stage on 18 April 1961 without division. On the same day, during the committee stage, Senator George Hannan (LIB, Vic.) sought to insert a definition of marriage as ‘the voluntary union of one man with one woman for life to the exclusion of all others’ but this was defeated 40–8. The Bill passed the third reading stage without division.