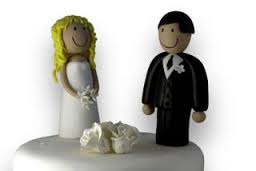 We all know that far too many marriages end in divorce, yet this institution does not adapt. Indeed, many people today want to expand conventional marriage to include same-sex couples.

So why is there no effort to improve the legal structure of marriage, when it shows itself to be deficient?

Marriage is a legal partnership that lasts a lifetime – one lifetime to be exact, that of the first of the spouses to die. Generally speaking, that is a long time for any partnership. People, circumstances and all sorts of other things change. The compatibility of any two people over decades may decline with these changes to the point of extinction.

Why don’t we borrow from real estate and create a marital lease? Instead of wedlock, a “wedlease.”

Here’s how a marital lease could work: Two people commit themselves to marriage for a period of years – one year, five years, 10 years, whatever term suits them. The marital lease could be renewed at the end of the term however many times a couple likes. It could end up lasting a lifetime if the relationship is good and worth continuing. But if the relationship is bad, the couple could go their separate ways at the end of the term. The messiness of divorce is avoided and the end can be as simple as vacating a rental unit.

A marital lease could describe the property of the spouses in detail, so separate ownership is clear. If a couple wishes to buy something together, or share ownership, they can keep a schedule of these items and decide as they go along how these would be disposed of in the event of a partner’s death or if they do not renew their wedlease. Landlords and tenants have proved the effectiveness of making clear their separate property and its disposition at the end of property leases.

If the couple has a child, there could be an option to have the lease automatically continue until the child reaches the age of majority. Of course, relationships change with family additions and an extended term may not be feasible. But considering the number of children born out of wedlock these days, would it not be better for parents to at least commit to a wedlease, even if it doesn’t last a lifetime?

A wedlease could also imitate a real-estate lease through the use of security deposits. Each spouse could deposit a sum of money with an independent third party to ensure compliance with the wedlease. A further step could be to authorise the third party to arbitrate disputes between the spouses.

Our society has become comfortable with premarital and postnuptial contracts. The marital lease would be similar, except that it addresses the reality that the marital relationship between two people often does not last a lifetime.

When a college noticed that students did not use footpath around a courtyard but cut across the lawn for efficiency, administrators decided to move the footpaths rather than continuing to post signs to “Keep off the grass” that people ignored. Similarly, why doesn’t society make the legal structure of marriage more congruent to our behaviour? A wedlease may be a practical improvement to an institution whose success, today, is something of a coin toss.