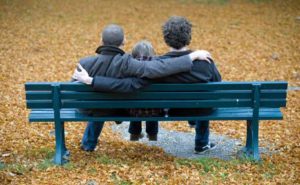 Two gay dads have become the first in Australia to have started a family via overseas surrogacy and successfully gained full parental rights.

Australian gay fathers who’ve travelled overseas to start a family through commercial surrogacy are still not recognised as parents, state or federally, but a recent court ruling may have cleared a way for other WA gay couples, and possibly set a precedent in other states.

The Western Australian Family Court allowed a co-father to adopt his twin children, who were born via a commercial surrogacy agreement in India, on January 10.

Charles Blake and James Marston, whose names were changed, applied for Blake to become a step-parent to the twins.

The court heard both Blake and Marston, who was the biological father, had raised the children since birth.

The surrogate mother, Mrs Sengupta, had relinquished her full parental rights as part of the surrogacy process.

In order for Blake to have received any parental rights over the children, he could have sought a parentage order or adopted them since WA allows same-sex adoption.

In her ruling, Justice Jane Chrisford said while the court was satisfied Marston was a father in its ordinary meaning, state law did not recognise him or Blake as a step-parent.

“To suggest that Mr Marston is anything other than a parent or a father within its ordinary meaning is to turn a blind eye to the reality of ‘family’ in present day society,” she said.

While most biological dads are recognised by the Department of Immigration and Citizenship on entry into Australia, they are only recognised as sperm donors by the federal Family Law Act 1975.

Gay Dads Australia spokesman Rodney Chiang-Cruise said it was a significant ruling despite it only really affecting WA dads.

“Because of that, that meant his partner was eligible to adopt the child and also be considered the legal parent.

Harrington Lawyers family lawyer Stephen Page told the Star Observer many people who went overseas for surrogacy wanted to be recognised as parents.

“They’ve got kids, they want them to be recognised as their own,” he said.

“If they go to the Family Court and get a parenting order that won’t show them as the parents, that’ll just show they have parental responsibility over the child.

“What’s significant about the WA case is the judge says let’s look at the reality – I think that’s just illuminating.”

Lesbian co-mothers can be recognised as parents under federal law, and can have both names added to birth certificates.