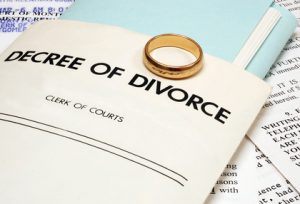 AHMEDABAD: A 28-year-old girl from Ahmedabad has made her fight for justice cross the seven seas. She has approached the Federal Circuit Court of Australia which had allowed her husband to divorce her without hearing her side of the story. The court has taken cognizance of her email and will decide on Wednesday if her statement can be recorded through video-conferencing.

The couple got married on March 7, 2011, as per Hindu rituals. She was allegedly harassed by her in-laws and soon thrown out of her husband’s home. The two later patched up on the condition that she give up her job.

The girl quit the job but the harassment allegedly did not stop and was sent back to her parents when she fell ill. Here, she found out that her husband was planning to emigrate to Australia and confronted him. He promised to call her to New South Wales in Australia as soon as he settled down. He flew out on January 17 last year and snapped all communication with his wife.

On May 6 this year, Desai’s uncle approached her and allegedly obtained her signature forcibly on documents, which she suspected could be her consent for divorce.

On July 5, the girl received a letter from the Australian court, which stated that Desai had filed a divorce petition. She then approached the Vastrapur police station and registered an FIR against her in-laws for harassment and domestic violence. Four of the eight accused persons have moved the sessions court, which is scheduled to hear their anticipatory bail plea on Tuesday, said the girl’s lawyer Jayesh Kotecha.

Besides, she also dashed off an e-mail to the Australian court taking exception to the divorce decree on July 10. The court official even called her up on August 2 after receiving the email. The next day, the court intimated her that her protest petition against the divorce has been admitted.