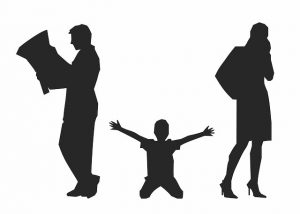 THINK about the children.

That’s the message from personnel at Relationships Australia Mackay following a report which found that separated parents were wrongly expecting to get 50-50 share time.

An Australian Institute of Family Studies (AIFS) report, commissioned by the government, established that while the principle of shared parental responsibility was widely supported, it was often misconstrued as requiring 50-50 share time.

Shared parenting laws, introduced by the Howard Government, had led to unrealistic expectations among some parents.

But Relationships Australia Mackay men and family relationships counsellor Mike Fry said whatever the time split, parents needed to think of more than themselves.

“From our perspective it’s not so much about parent’s rights. It’s about children’s rights to have a relationship with each parent… unless there are strong reasons not to,” he said.

“The group is about opening their eyes to how they could be hurting their child,” she said. “It’s about trying to improve the situation for the whole family… it’s not about winning.”

Mr Young said the report angered men’s groups who had fought hard to get the Howard Government to change the legislation.

“Now the Rudd Government is trying to roll back family law,” he said.

The government is yet to outline its response.