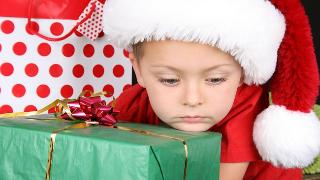 EMOTIONS can run high at Christmas as fractured families attempt to find common ground. Reminds me of something the late comic George Burns said: “Happiness is having a large, loving, caring, close-knit family in another city.”

Family lawyers identify the Christmas holidays as a hell-raising period, where the tenuous thread that holds a home together can snap, or when warring parents become ridiculously unreasonable when sorting custody arrangements.

Last month Australia’s 65 Family Relationship Centres were inundated with mums and dads trying to reach agreement on where their kids would spend this Tuesday and how the school holidays would be divvied up.

It’s ugly business and it doesn’t end with the last serve of plum pudding.

You only have to look back to May and those harrowing scenes of four girls being sent to Italy to comprehend the price kids pay for their parents’ point scoring.

The girls’ mother Laura Garrett, a hysterical wreck flailing about on an airport balcony, did them no favours.

Two weeks before the girls were dragged kicking and screaming by Australian Federal Police to board a plane to Europe, Garrett said she would stop at nothing to keep her kids here.

Crazy stuff, and you can bet that’s not the half of it.

As acclaimed 20th century author F. Scott Fitzgerald observed: “Family quarrels are bitter things. They don’t go according to any rules. They’re not like aches or wounds; they’re more like splits in the skin that won’t heal because there’s not enough material.”

Some adults can’t seem to see beyond themselves, perhaps because they were never shown love or tolerance as kids or taught to respect other people’s feelings.

Maybe their vision is clouded by emotional anguish, drugs, alcohol, a desire for revenge or sheer narcissism.

They place their own needs above the wellbeing of their children, and this, particularly at Christmas, is just not on.

If there’s one time of the year that kids come first, it’s now.

Child and adolescent psychiatrist Dr David Fassler says that while parents have lived through many Christmases, for kids, every Christmas is monumental.

Kids coping with a divorce will inevitably compare the current holiday season to a previous one when the family was still together.

Some may feel overwhelmingly sad or angry.

There are steps parents can take to lighten the load on kids, Fassler says.

Allow kids to express their feelings. Don’t take their desire to spend time with the other parent personally.

Uphold family traditions, even if one parent is absent. This can help give kids an important grounding – even though some things have changed, parts of their world remains the same.

Avoid last-minute changes to plans. Kids need a degree of predictability and should be consulted on holiday decisions.

Encourage downtime. Leave room for quiet activities, such as listening to music, going for a bike ride or reading a book.

Don’t badmouth the other parent. Children generally see themselves as half of mum and half of dad. Criticise the parent, you criticise the child.

Finally, don’t overcompensate for a family split by spoiling your children with gifts.

What children want, more than anything, is to feel safe, secure and loved.