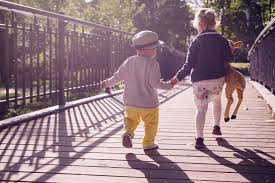 SUCH are the sensitivities of family law that when the Howard government amended the Family Law Act in 2006 it provided for a review after two years. The Rudd government has its own concerns; even before the Institute of Family Studies finished the review, Attorney-General Robert McClelland asked former family court judge Richard Chisholm to look at whether the law offers adequate protection from family violence. These reviews, and a third by the Family Law Council, reported last month. This week, the head of the Family Court made a strong call for change.

Chief Justice Diana Bryant told The Age that family law courts could not be adequately informed of risks of harm. She wants information from mediation between separating couples to be made available to courts if there is evidence, for example, of violence or abuse, or issues of mental health or drug and alcohol abuse. ”Every decision that is ever made by a judge is only as good as the information and the evidence you can make it on,” she said.

The Law Institute of Victoria agrees that courts, which are meant to act in the best interests of children, are ”blind-sided” by insufficient information. All separating couples are required to go to a family relationship centre or mediation service. Only if that fails do they go to court. If mediators believe violence or abuse is an issue, they can inform child protection authorities or the police, but not the court in a subsequent hearing, because mediation discussions are privileged. Justice Bryant says most information would be confidential, but wants courts alerted to risks ”that need to be dealt with as a matter of urgency”.

The problem is that neutrality is vital for mediators’ work. And without guaranteed confidentiality, mediation becomes a less attractive option. Mr McClelland has asked the National Alternative Dispute Resolution Advisory Council for advice on how to protect the integrity of mediation.

The Institute of Family Studies report offers a valuable reminder that the majority benefits from mediation. Its review involved more than 28,000 people, including 15,000 parents. Family relationship centres had been a success, its report found, and a clear majority of parents said mediation worked well. Only about 1000 contested cases proceeded to the Family Court.

The review did find about one in five parents had safety concerns, especially about shared care with violent partners. The Family Law Council report said the 2006 laws narrowed the definition of violence and recommended changes to include economically or psychologically abusive behaviour.

Professor Chisholm found women and children had been put at greater risk and recommended the scrapping of two provisions. First, under the so-called ”friendly parent” provision, a person who is hostile to a former partner and resists handing over children can be deemed ”unfriendly” and risk getting less care time. Second, a parent who makes unproven allegations of violence can be ordered to pay some or all of the other party’s costs. Justice Bryant shares the view that this can dissuade parents from raising issues of violence or abuse.

Mr McClelland indicated last July where he stood when he said ”too many families … slip through the safety net”. He asked the Chisholm review to take particular note of the case of a four-year-old who died after a fall off West Gate Bridge. ”It is imperative that all legitimate concerns about family violence are raised so that the courts can make informed decisions,” he said.

The Age has always insisted that the law must protect the child above all else. When even the Chief Justice says that the Family Court lacks the information it needs to achieve that, reform is required. Yet it should not be forgotten that a greater legal emphasis on shared care arrangements reached through mediation has generally worked well. Any changes have to preserve the trust on which mediation depends. An area of reform that affects the personal lives of so many people must be handled with kid gloves.