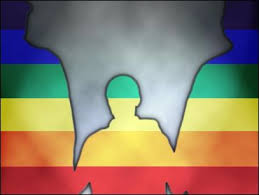 When it comes to child custody and same-sex parents, the Family Court has stated on numerous occasions that there is no presumption against the non-biological same-sex parent in the event of separation.

But what if both parents are the biological parents, and upon separation one declares themselves to be gay? Does a presumption exist against the gay parent in such circumstances?

New research suggests that despite a sea-change in attitudes over the past decade, some presumption may still exist, at least according to this research of some jurisdictions outside Australia.

Court decisions that favour a heterosexual parent over a gay or lesbian parent in a custody dispute often do not consider important social science research on parenting by gay and lesbian individuals, according to a new review from Drexel University.

Previous research shows that gay and lesbian individuals are as effective in parenting as heterosexuals, and that children raised by gay or lesbian parents are as well-adjusted as their peers raised by heterosexual parents. This research could greatly impact how legislatures and courts make decisions regarding custody for gay and lesbian parents. However, in many states, sexual orientation is still a deciding factor in custody decisions.

For a gay or lesbian individual, coming out as gay at the end of a heterosexual partnership can mean that he or she could be denied custody of the children from that partnership or face restrictions on visitation. For same-sex couples with children, the end of their relationship can mean difficulties in establishing parental rights for both parents when one partner is not recognized as a legal parent by the state and by the court, and therefore is not granted custody or visitation.

The Drexel researchers recommend that legislators and other policy makers take into account the research on gay parenting. They believe that this research should be used to help guide policy, which would have the potential to assist judges in complex decisions regarding custody and parental rights — and could help ensure that such legal decisions genuinely reflect the best interest of the child.

The review, entitled “Lesbian and Gay Parents and Determination of Child Custody: The Changing Legal Landscape and Implications for Policy and Practice,” was published in the first issue of the American Psychological Association’s (APA) new journal, Psychology of Sexual Orientation and Gender Diversity, which was released in March 2014. The full article is available here or by request.

The review was conducted by Emily Haney-Caron, a third-year JD/PhD candidate in Drexel’s joint program in psychology and law in the College of Arts and Sciences and School of Law, and Kirk Heilbrun, PhD, a professor of psychology in Drexel’s College of Arts and Sciences. They presented their research at the APA’s American Psychology-Law Society (APLS) conference in March.

“There’s been a sea-change within the past five to 10 years — several states are currently going through the process of legalizing same-sex marriage — and a by-product of that change is that there are more people in same-sex relationships that have been legitimized by society,” said Heilbrun. “This means that there are also more children involved in custody disputes where one parent is in a same-sex relationship. This has become an increasingly relevant issue and one that needs to be addressed.”

“As our views as a society change, we want our courts to reflect that,” said Haney-Caron. “Our legal system should reflect the values and the realities that we hold.”

Based on this review, the authors offer several recommendations for stakeholders:

“By allowing the research to influence legal decision-making in this area, our society can help ensure that the best interest of the children whose custody is at issue will be served,” said Haney-Caron.

Haney-Caron first addressed this topic in a paper for Heilbrun’s course on forensic assessment in 2013. “A conversation in class first triggered my interest,” she said. “And then I saw that there was nothing else out there on this topic in psychology literature.”

“This is a prime example of the kind of work we do in the JD/PhD program,” said Haney-Caron. “It brings together two disciplines — law and psychology — and creates scholarship in the space between them.”