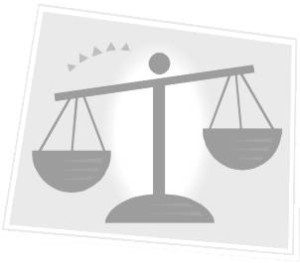 Fairness and equity are central underpinnings of our justice system.

An extraordinary attempt by a Sydney man to disqualify a judge on the basis that she had feminist, left leaning views, has put the spotlight on the rules surrounding disqualification and bias of judges.

In short, the application from Tosson Mahmoud was rejected on numerous grounds. However, the decision by Justice Schmidt provides a useful illustration of the circumstances in which a judge can be removed from a case on the basis of bias.

However, the decision by Justice Schmidt provides a useful illustration of the circumstances in which a judge can be removed from a case on the basis of bias.

The oft quoted phrase “justice needs to be seen to be done” is encompassed by this rule.

Case law from the High Court decision of Ebner requires a judge to be disqualified from hearing a certain case if a fair minded observer might apprehend that the judge would not be impartial.

Mr Mahmoud’s application relied on the fact that he founded a “genderism” movement that advocated women should not be in positions of power in society.

He further claimed that Justice Schmidt, as a woman, would be unfairly prejudicial towards him on the basis that his radical views threatened her position.

His application was rejected on numerous grounds.

First of all, the claimed notoriety of his “genderism” movement was never established.

As a result, his argument that an observer would recognise the conflict between his position and that of the judge was unfounded.

In any case, his argument further relied on two assumptions that at best were fallacious, and at worst discriminatory. As Justice Schmidt pointed out, his claim relied on an assumption that all female judges were necessarily feminist and left leaning, and conversely that any male judge would not share a similar view.

The court held that a fair minded observer would not agree with these propositions.

A claim of actual bias is a more serious one, and as a result requires a higher standard of proof.

Mr Mahmoud’s case suffered from a lack of substantiated facts that he could point to: his claims regarding his radical views have already been discussed, and his further assertions of corruption in the Australian parliament and judiciary were unfounded.

It is important to note that claims of actual bias can be successful and are important to be discovered in any courtroom proceedings.

However, like all claims, they must be adequately substantiated with evidence.

Undoubtedly, judges are required to perform a difficult task.

On the one hand, they are required to uphold their oath of office and determine cases fairly and impartially. On the other hand, they are also human beings with their own personal views and opinions.

As a result, it is important that any claim of bias is substantiated and not based on mere suspicion. Such an argument is unlikely to pass the stringent tests required before a judge is disqualified.