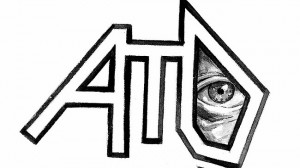 With the ATO’s information-gathering powers seemingly ever-expanding, the “long arm of the law” is taking on a whole new meaning. But that long arm doesn’t always reach as far as the Commissioner might like.

In the course of the proceeding, the Federal Court said the Commissioner sought leave to inspect all documents on a file provided to the court by the Family Court other than documents on that file relating to a child. The file in question was a Family Court file between a man and his former wife, apparently involving their dispute concerning property and in respect of a child of their marriage. The man’s former wife did not object to access being granted, but the husband opposed access.

The Court said the Commissioner sought to access the file in order to determine:

The Court said the Commissioner’s contention in the separate Federal Court proceedings as to residence, was that: (i) the litigation funding undertaken by the company in Australia was conducted in such a fashion as to amount to carrying on business in Australia, and (ii) the central management and control of the company was exercised by the man in Australia.

The Commissioner contended there was utility in him being able to inspect the Family Law file as it may shed light on the man’s activities. Specific information that would be relevant to the tax issues would include:

The Commissioner did not seek to inspect any documents relating to a child.

After considering the matter, the Federal Court said the exercise of discretion must involve weighing the likelihood of the Family Law file disclosing to the Commissioner anything of any real utility against the interest in preserving the confidential and personal nature of the documents contained in the file. The Court said it accepted the man’s submission that there was likely to be substantial practical difficulty in separating documents dealing with issues that might be of relevance to the Commissioner from those which disclose information touching upon the interests and concerns of the child.

The Court considered as important, and as a distinguishing factor from the circumstances in the April 2014 decision of the Full Family Court in FCT v Darling [2014] (where the Commissioner was granted access to documents, although the husband in that case is seeking to appeal to the High Court), the fact that the man was not a party to the current proceedings.

The Court concluded that the utility in the Commissioner gaining access to the documents was outweighed by the public interest in confidentiality of Family Law proceedings.

From time to time, material and information comes before courts in non-tax proceedings which the court may deem would be of interest to the Tax Commissioner, and the court may even decide to provide that information to the Commissioner. Family Court and social security matters come to mind.

It’s a timely reminder that the Tax Commissioner does have an interest in financial and tax matters revealed in non-tax court proceedings involving taxpayers he may be investigating or auditing. The fact that such information is revealed in cases to which the Commissioner is not a party does not necessarily mean he won’t be able to access that information. He may have lost the case in question above, but he has had success in other cases.