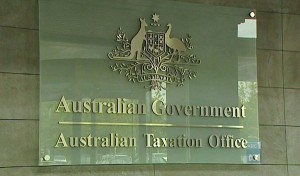 The Family Court has dismissed an application by the Commissioner of Taxation to be released from an implied obligation not to make collateral use of certain documents filed in a Family Court proceeding.

The Commissioner searched and inspected the Court records on several occasions and made copies of the relevant documents.

Having inspected and copied documents from the Court records, the Commissioner had an implied obligation not to use those documents for a purpose that was not related to the Family Court proceeding.

The Court noted that the purpose of this obligation was to preserve the parties’ privacy and to encourage full and frank disclosure. The party obtaining the disclosure cannot, without the leave of the Court, use it for any purpose other than that for which it was given.

In determining whether it should exercise its discretion to release a party from the implied obligation, the Court must determine whether ‘special circumstances’ existed.

To establish special circumstances, the Court needed to be satisfied that there was some special feature that was not usually present that merited the release of the obligation.

One of the relevant public policy considerations was whether the disclosure of the documents will contribute to achieving justice in the Commissioner’s audit.

In his application for release, the Commissioner was required to:

The Court held that the Commissioner did not discharge his obligation to adequately specify the reasons why certain documents were necessary and relevant to the conduct of an audit.

In reaching its decision, the Court made the following observations:

The Court refused to release the Commissioner from the implied obligation. It was not satisfied that the release was necessary in the public interest to enable the Commissioner to fulfil his statutory function.