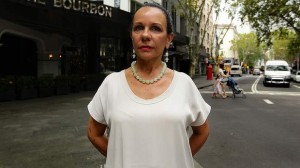 There is no doubting the omni-presence of Domestic Violence as a media issue within Australia these days, where we rarely see a day where we don’t hear of haunting statistics of violence against women and children in the domestic setting.

I would defy anyone reading the alleged figures, some as high as 3 out of 4 women experiencing Domestic Violence at some point in their lives, not to be moved and angered by what seems to many to be an under-current that is rarely seen, but all too often reported to the crime authorities, and more importantly to women’s shelters.

To suggest, as some spokesperson’s do, that Australia does not take Domestic Violence against women as a serious issue however, I believe is a serious mis-statement.

Of course, given the nature of the beast, there is no magical formula that would simply stop family members or couples from engaging in acts of aggression or abuse, during sometimes stressful periods of life.

The question most often asked in regard to prevention is not whether we should, but more importantly how we could.

What we have seen however are amendments to Domestic Violence laws that have slowly but surely become significantly more punitive in their response, while also slowly eroding the very basis of our legal system in this country, that you are innocent unless proven guilty.

The various state and federal laws regarding Domestic Violence have gone through a steady creep over the years, slowly accounting for more and more of what was considered transient, even typical behaviour for many relationships, but nonetheless thought of as benign in its lasting effects.

For instance, once upon a time, simply raising your voice in a non-threatening manner during an argument was part and parcel of married life. Today, it can, and often does, land people in jail.

The Courts are now in a position where such acts of abuse, as continually expanded and re-defined, are now judged not on the basis of beyond reasonable doubt, and in many cases not even on the balance of probabilities, but purely on a basis that it is better to be safe than sorry, so people who are accused of abuse are often labelled with restrictions, not because they have been proven to act in an abusive manner, but just in case they did, to prevent that behaviour from causing any more harm.

It is a delicate balancing act, and one can understand that despite its obvious difficulties, that perhaps the erosion of individual rights may be the compromise we have to live with to save lives.

However, as evidenced by regular amendments to the various state based legislation on DV, and as further evidenced by the 2011 federal government domestic violence amendments to the family law act, what we once typically considered to be Domestic Violence, being that of physical, psychological or emotional assault, is now becoming even more difficult to define.

The big fear amongst many in the legal profession is the ongoing movement towards defining domestic violence more as a subjective response, as opposed to a real event that actually occurred.

That being said, how much further can we tighten all the various Domestic Violence laws before we get the balance so wrong, that irrational allegations start becoming the norm?

It’s on this point that the NSW Labor opposition has made what is perhaps a very sensible suggestion, given that the current Courts tasked with addressing Domestic Violence allegations are neither properly resourced for this role, nor do they have the specialists to determine real abuse from either mis-construed allegations, false memories, or even malicious intent.

The NSW deputy opposition leader Linda Burney (ALP), recently announced that if elected to government at the next state election, Labor would establish a specialist court for domestic violence and sexual assault cases.

The election commitment aims to reduce the trauma experienced by victims going to court by employing specialist judges and lawyers, designing courtrooms to ensure safety and privacy, and allowing victims to give evidence remotely.

“We have a massive under-reporting rate in sexual assault, and half the conviction rate of any other area of criminality,” Karen Willis, executive officer of Rape and Domestic Violence Services Australia, said.

She believes this approach could increase the reporting of assaults and conviction rates in Australia.

Labor’s women’s spokeswoman Sophie Cotsis said every woman and child had the right to be safe in their own home: “Many other jurisdictions around the world have different specialist domestic violence and sexual assault courts operating at the moment – we need to see this implemented in NSW.”

And here perhaps is the beginning of the problems with such a specialist Court.

Even at conception stage, it is already being defined along the same weaknesses as the current system has.

If all this specialist Court is intended to do is cycle through the allegations of Domestic Violence more quickly, then there are more effective and cheaper ways to achieve this goal.

If however we wish this Court to find a more effective balance between the legal principles of justice balanced against the safety requirements of potential victims, then perhaps we need to do a lot more than super-impose the existing Domestic Violence industry against a new specialist Court.

Its a good start Linda Burney, but I think a lot more thought needs to go into this idea to prevent it becoming a star chamber, and instead become a beacon of proper judicial process that can better protect all potential victims of domestic violence, without inheriting an even larger compromise against our country’s cornerstone legal principle, being the presumption of innocence.