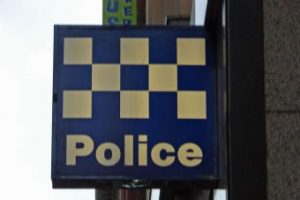 POLICE will be able to issue apprehended domestic violence orders on the spot without court approval in what the government says is the “single most practical meaningful reform in combating domestic violence in memory”.

The state government will announce today that police ranked sergeant or above will be able to issue provisional ADVOs, allowing officers to detain an alleged attacker for up to two hours for the purpose of making and serving such an order.

The government will argue the laws are similar to police bail, whereby police can make a judgment to hold a defendant in custody before they face court, and will stop police having to chase defendants around to serve ADVO papers.

At present, police have to request a defendant to wait at the scene of a domestic violence incident while they obtain an ADVO in a move which, perversely, often forces the victim to leave.

The detention powers will also avoid the common situation where police obtain an ADVO but cannot serve it as, when they return to the scene, the defendant has left.

This leaves the victim unprotected until police can locate and serve the alleged attacker. This also often means court dates are missed and have to be re-listed.

The change comes with police already successful in about 94 per cent of all applications for ADVOs and mirrors other states like Victoria and South Australia where interim orders can be issued by police.

“Four out of five ADVO applications are made outside of court hours, causing potential delays in getting an order to protect the victim from the alleged perpetrator,” Attorney-General Greg Smith said. “After a provisional ADVO is issued by authorised police, the case will be listed before a court within 28 days – much quicker in most metropolitan courts. Interim and final ADVOs will still only be issued by a court.

“In an additional safeguard, the defendant can apply to the court to challenge the police-issued ADVO before the first listing date.”

This proposal to amend existing domestic violence laws acts on a recommendation of the upper house inquiry into domestic violence trends and issues, and follows inquiries by the NSW and Australian law reform commissions.

Police Minister Michael Gallacher said this proposal would save police time travelling between the scene of the incident and the police station to seek the order, while the victim and defendant had to remain in their home.

“The legislation empowers police to order the defendant to accompany them to the station or another designated place to keep the victim safe in their home,” he said.

“Police will also have powers to detain any defendant who refuses reasonable directions for up to two hours.”

About 30,000 personal or domestic violence orders are issued per year by court registrars and magistrates.