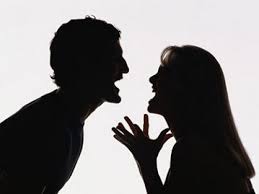 Men who unwittingly breach personal protection injunctions, even if coerced or invited to by their spouses or ex-spouses, will face up to two years in jail, and no longer be able to rely on the defence that they were invited over, or on drunkenness.

Parents locked in bitter disputes about the custody of their children will also be able to access an out-of-court resolution scheme to be trialled in Parramatta from next year.

The changes introduced by the Turnbull government on Wednesday aim to reduce the number of families forced to straddle state and federal court systems to protect themselves from violence.

Family Court injunctions differ from apprehended violence orders, which are administered in the state courts. Currently, they can only be enforced if an ex-partner pursues potentially costly legal action.

Under the new laws, police will no longer need a warrant to arrest someone who breaches such an injunction, and offenders could be jailed for up to two years and fined up to $25,000.

“This sends a strong message to the Australian community – family violence is not a private matter, it is criminal behaviour,” Attorney-General George Brandis said.

Self-inflicted drunkenness, a common factor in domestic violence and breaches of restraining orders, will not be a defence to the new crime.

Victims of domestic violence will also not be held liable for actions they may have taken in encouraging or causing former partners to breach an injunction.

The changes were urged by the Australian Law Reform Commission and strongly supported on Wednesday by the Law Council of Australia.

“It’s a positive step. It’s about empowering police to step in,” LCA president Fiona McLeod said. The current system was so deficient that police were not necessarily even aware an injunction had been taken out, she said.

The change would especially benefit thousands of people currently appearing unrepresented in family courts, Ms McLeod said – for example, those seeking an urgent injunction to prevent a child being removed from school without their consent.

Separately, the government will legislate for a $12.7 million trial of Parental Management Hearings – an out-of-court mechanism to settle disputes over children.

Senator Brandis said the scheme would “take the lawyers out of the system” and will instead let parents put their case to a panel of social workers, family violence specialists and psychologists, who are empowered to make binding decisions about custody. The pilot will begin in Parramatta in mid-2018 and at another location later that year.

The notoriously overburdened Family Court system is in the government’s sights for reform. Senator Brandis has moved to turbocharge that process by appointing John Pascoe as chief justice, who will oversee reforms until his mandatory retirement in 12 months when he turns 70.

This week the Labor opposition announced it would legislate for 10 days’ paid domestic violence leave to be built into the mandatory national employment standards.