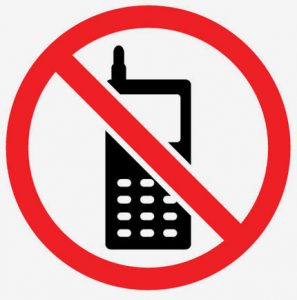 A COURT-ordered expert asked to report on the future of three children at the centre of a custody battle has been thrown off the case after his wife got involved in what was none of her business.

In a rare move, a Federal Court magistrate has reported the expert and his wife to Family Court bosses after she was found to have exchanged 81 text messages and numerous telephone calls with the oldest of the children, aged 14.

The magistrate has ordered that the transcripts of the evidence by both husband and wife be sent to the Family Court’s regional director of child dispute services who can refer the couple to the psychologists’ disciplinary board.

In a scathing judgment, Mr O’Sullivan said that the wife – who like her husband has not been named by the court – had become involved without the knowledge of the court or the permission of her husband.

“What may have been well-meaning involvement has had quite the opposite effect,” he said.

“It appears there have been 81 text messages and who knows how many number of phone calls between one of the children involved in this case and Mrs X who is not officially involved with this family.

“This went on without the knowledge of the parents and the court and is most unfortunate.”

The 14-year-old has been the worst-affected of the three children by their parents’ break-up, said the magistrate.

The other children are aged nine and six. Their parents split up in 2010 after 10 years of marriage.

The male psychologist may be banned from acting in any other court cases. It is not known whether any of the other cases he has been involved with have been affected.

The involvement of his wife was revealed to the court by the father of the three children, who will now have to be interviewed by a fresh expert and the case heard all over again.

Mr O’Sullivan said this would have serious consequences for both the family who will have to wait months for another hearing date, and for the court as it will hold up other cases.

A spokesperson for the Family Court and Federal Magistrates Court said the court was not able to comment on an individual judgment.