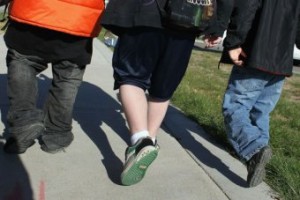 Children in court cases involving family disputes are in danger of going unheard because they are rarely given the chance to speak to judges directly, new research shows.

A survey of 44 Family Court judges showed only six had ever met with children face-to-face to hear their views.

University of South Australia law lecturer Michelle Fernando carried out the research and says it complements previous studies which show children are not satisfied with the standard Family Court procedures.

Dr Fernando has recommended changes to the way courts hear evidence from children, but says many judges feel they lack the expertise to interpret children’s statements.

She says face-to-face meetings between children and family court judges are common in New Zealand and Australia should consider adopting that approach.

“Judges definitely have discretion to speak with a child, and judges do do that from time to time, but it’s incredibly rare,” she said.

“But what we have is a lot on information from children who say that they’re unhappy with the way that their views are currently heard and they want to have more of a say in the decision that’s being made, which of course is going to affect their lives.

“Children feel that the way that their views are currently heard are not good enough, and that they feel their views are perhaps not being taken seriously, or they’re worried that they’re being filtered through a third person.”

Dr Fernando concedes some judges are reluctant to change.

“They felt they didn’t have the correct skills and training that were necessary to speak to a child and properly interpret the child’s views,” she said.

“Also, judicial officers were very worried that if they speak to children, the child’s parents might pressure them or manipulate the child and put the child in a very difficult position.

“The majority of judges who responded to my survey believed that guidelines might help – guidelines that explained the purpose of a meeting with a child and how they might conduct it.

“The vast majority were also in favour of training being provided to judges in order to get better understanding of how to meet with children and what children say.”

Dr Fernando says the fact that children feel detached from the decision making process means the system needs to change.

“The model that I encourage judges to adopt is to have a family consultant who’s a child welfare expert to be present during the meeting,” she said.

“That person can assist with the questioning but also discuss with the judge… if they believe that the child might be pressured.”

Dr Fernando says such meetings are not just symbolic.

“Children have said that they have a particular interest in speaking to the person who makes the decision,” she said.

“They want to be heard, but they understand that it is the judge who makes the decision and not the child.

“What they’re saying is they want to ensure that their views have been heard by the decision maker without filtering, and they think that this will result in better decisions being made.”