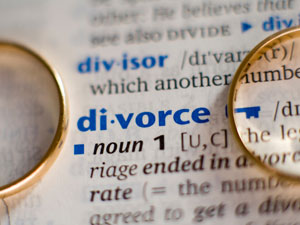 As the sun went down on a remote property in NSW, a private investigator peered through the window of a storage shed and spied his target. Exposed in the afternoon light was about $400,000 of farm machinery – assets the home owner swore he had sold, before gambling away the profits. Click. The private investigator’s client had an interest in those assets. She was the home owner’s wife.

In the game of stealth to which the couple’s relationship had descended, each was now plotting to maximise their outcome from the property dispute. He was squirrelling away goods, and she was having him shadowed. Extraordinarily, in family law circles their tactics are viewed as run of the mill.

Private investigators, secret tapes, the hacking of social media pages and the manipulation of children – nothing is above litigants in the highly charged atmosphere of divorce and custody proceedings in the Family Court.

Searle has been in the game for 25 years, which is longer than most lawyers can handle family law before the emotional disrepair of their clients starts to suffocate them.

They deal extensively with litigants who are bitter and spent, and only briefly with those who have resolved their differences amicably.

Most of the time when couples employ dirty tactics, it is met with eye rolling among family lawyers, who have nothing to gain and stand to be penalised if their clients are caught breaking the law.

”Mostly they hide money and assets,” Searle says. ”And they think they’re the first to think of it. We all have a laugh about that one.” The women hide it in their sister’s account. ”The men think they’re a lot cleverer than that. They hide it in property in someone else’s name and think we’ll never find it. It comes out.”

One case recalled by family law solicitor Max Meyer involved a wealthy man with an offshore bank account in Fiji who claimed the account belonged to his mate. The pretence backfired when, after the case had concluded, the friend claimed he was entitled to keep the money because it had been sworn to him under oath. The man then had to return to court and confess to perjury so he could at least retain a portion of the money, even if it had to be shared with his wife.

The women hide it in their sister’s account. ”The men think they’re a lot cleverer than that. They hide it in property in someone else’s name and think we’ll never find it. It comes out.”

”Sometimes after separation people will go out and buy a new car, because the minute they buy it, it loses half its value, so their wealth is spent in a more enjoyable way [than spousal maintenance],” Meyer says. ”It’s petty, of course it is. But we only see the worst examples. People who work things out for themselves, we don’t see.”

Private investigators are common. Searle has engaged them on her clients’ behalf when she is looking for something specific. She arranged the private investigator who knew exactly where to find the farm machinery. But often clients engage them on a speculative basis. ”Drink-driving with the kids in the car, the boyfriend she claims she doesn’t have … they’re hoping something useful turns up,” Searle says.

Private investigator Guy Oakley has worked on ”many, many, many” such cases, and although he often turns up misconduct on the part of his surveillance subject, often the indictment is on his client. He helped one woman retain primary care of her child by confirming that her ex-partner was out taking heroin while the child was staying with him. But on another occasion, Oakley was able to demonstrate to his client that his wife was not having an affair with the son of a Fijian tribal chief, but merely looking for a holiday from their unhappy marriage.

”I was able to go back and say, ‘You’re just so paranoid it’s driving her out the door’,” Oakley said. ”A year later their marriage was back together and it was fantastic.”

Such upbraiding advice is a luxury the Family Court does not have. The couples that come to the Family Court and play out the miserable remnants of their relationships have exhausted all other options, and seek the clean certainty of the law. They are destined to be disappointed.

”Family law is different to other areas of the law in that it attempts to effectively legislate what are really personal relationships, and people really struggle to accept the boundaries that the law imposes,” family lawyer Paul Doolan says.

”There’s a lot of bad behaviour in personal relationships that just continues when the relationship breaks down. While they’re not common, we do see a lot of instances of people hacking email accounts, of opening mail, of recording personal conversations, recording telephone calls, hiring private investigators and of attaching GPS trackers to cars.”

The evidence collected under such circumstances is often deemed inadmissable, but even in circumstances where it is accepted it is viewed dimly by judges. Federal Magistrate John Coker said in a judgment published in January that a woman’s secret recording of her ex-partner disparaging her reflected more poorly upon her. ”It would seem, clearly, to be an evidence-gathering exercise and one that, in my view at least … gives rise to serious concerns as to the behaviours of the party who records such evidence,” he said.

The low regard in which judges hold such evidence was most spectacularly illustrated in a case in which the female litigant – dubbed Ms Langmeil by the court – tendered a DVD that she said contained proof ”beyond doubt” that her ex-partner had molested their children. In a jurisdiction bedevilled by the self-destructive impulses of its litigants, Langmeil’s application was a classic own goal, which saw the court strip her of the primary care of the children. She had installed secret cameras in the matrimonial home and recorded 100 minutes of footage of herself with the children.

…we do see a lot of instances of people hacking email accounts, of opening mail, of recording personal conversations, recording telephone calls, hiring private investigators and of attaching GPS trackers to cars.”

Justice Graham Bell concluded, as a result of that and other evidence, that Langmeil’s ”unjustified, bizarre and delusional” allegations against the children’s father was destroying their relationship with him. ”I did not see anything untoward in the conduct of the children save that I thought the mother exhibited a total lack of control and discipline over the children … These DVDs in my opinion have strengthened the case of the father enormously.” One of the family consultants engaged for the trial said Langmeil’s actions amounted to child abuse.

Since the couple’s 2008 split she has tipped the arsenal of weapons available to family litigants at her hapless ex-husband – false accusations of sex abuse, the coaching of child witnesses and secretly taped conversations. The Family Court has delivered 14 judgments in relation to her applications, and she is now required to get permission before she can make another. Earlier this month, the full bench of the Family Court denied her such permission.

Langmeil exemplifies the inability of some family litigants to accept the court’s decision, but she is also an extreme demonstration of how children are manipulated to further their parents’ ends.

Family lawyers refer to the ”Disneyland dad” who has all the money and all the fun with the children on the weekends, while his ex-wife does the weekday drudgery. Aside from the personal kicks, some parents woo the children in this way to enhance their image before the judges. It also improves their chances of being awarded ”shared care”, which means at least 128 nights with the children. From that point on, the number of nights that the children spend with that parent reduces the amount of child support that they have to pay and may strengthen their hand in making a claim on the family home.

”The child support would be altered to reflect the reality but the property orders have already been made and would not change.”

Other parents try to disrupt their children’s relationship with their ex-partner to achieve primary care responsibility. Meyer has been involved in cases where the mother shadows the father’s family excursions, sitting two rows behind them at the football, for example. In one case, the mother rang her daughter and asked if she could come along to a dinner that her ex-husband had organised with the children and his new partner, placing the child in the awkward position of having to turn her down.

”If they behave so badly that the children are alienated from the father, the court is faced with a terrible dilemma,” Meyer says. ”Sometimes the only thing the judge can do is say, ‘Well, the damage is done. I can’t send this child to their father because they’ve been so poisoned by their mother. They’re not going to see him at all’. That’s when your personal morality is outraged, but the interests of the child are the primary consideration and the court has to focus on that.”