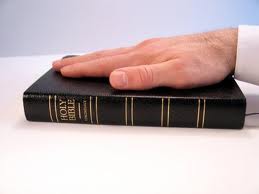 On 27 August 2013, Judge Burchardt sitting in the Federal Circuit Court of Australia, Melbourne, handed down judgment following an extraordinary situation where a litigant in person refused to acknowledge the jurisdiction of the Court or to answer questions from the bench based on his religion.

His Honour’s opening comments were “This is a wholly extraordinary case. I hope I never have another like it. For reasons which I hope will become apparent, it has been a proceeding almost impossible properly to control, essentially because of the position adopted by the respondent husband, a position unique in my experience on the Court.”

Mr Irvine had commenced living in Australiain 1989 and was an Australian citizen but had not lived in Australia for the last 12 months nor considered it his home. There were 4 children under 18 years and 4 older children.

This Application was for property settlement and children’s orders.  Mrs Irvine had already applied for a Divorce and sought an order dispensing service as she thought the husband was avoiding service on religious grounds. We do not know the religion.

Mr Irvine appeared on the first date (22 May 2013) for the property matters.  His attitude was that the court did not have jurisdiction as “his marriage was governed by a contract entered into pursuant to (religion omitted), and it was not open to this court to interfere with it.”  Mr Irvine refused to answer “very straightforward direct questions”. The 16 year old son had to be removed from the Court and affidavits of him and his younger brother were refused filing.

Mr Irvine was given opportunity to file an affidavit. That affidavit clearly told the Court that he considered the court did not have jurisdiction and that if the court proceeded it would be a “tort”.  Judge Burchardt sought to resolve the matter on 29 May 2013 by way of undefended hearing, following the difficulties that had arisen on 22 May 2013.

On 29 May 2013, Mr Irvine attended Court. When asked whether he was appearing for himself he said “I’m just – simply here regarding the matter”.  Again, the 16 year old son was ejected from court.  Mr Irvine is an apparently educated man with an “excellent command of English” yet he argued that he did not understand the proceedings.  Judge Burchardt observed that “everything Mr Irvine did and the way that he did it suggests to me that he is a highly intelligent man who is engaged in an extensive filibuster with a view to enforcing his basic position that the Court does not have jurisdiction.” Mr Irvine asked for a copy of the transcript and was allowed a copy and a further 2 weeks to co-operate. He was asked to make up his mind as to whether he was going to participate in the proceedings.

Mr Irvine had filed an affidavit on 29 May 2013 opening with the words “I, appearing as, Mr Irvine, by special invitation and not appearing generally before this honourable court…”  It didn’t advance his case any.

At 9.30am on 14 June 2013, Mr Irvine was not in court.  The matter proceeded undefended, however, at 10.00am Mr Irvine appeared.  He sought to file an affidavit which purported that the marriage contract was a binding financial agreement and thereby outside the court’s jurisdiction.

In light of the behaviour demonstrated by Mr Irvine and the parties’ child in court and the evidence before the Court of their behaviour away from court, equal shared parental responsibility was not granted.  Mr Irvine’s affidavit material indicated that Mrs Irvine had “no capacity or entitlement to make any decisions, although she is required to be consulted.” No evidence was put before the Court regarding the religion. On 14 June 2013, Mr Irvine had sought a 6 month adjournment. Judge Burchardt considered that the position taken by Mr Irvine was “designed to defeat the Court’s processes”.

His Honour found that Mr Irvine’s behaviour had “already succeeded in alienating the children in age order down to and including X and is no doubt actively seeking to suborn the rest.”

There were 8 children of the marriage.  Mr Irvine had transferred property and appeared to have 4 overseas properties. A taxi license and vehicle was ordered to be transferred to Mrs Irvine. It is clear from the judgment of Burchardt J that he was frustrated by Mr Irvine’s refusal to participate in the Court processes.

On 1 August 2013, the matter was listed for hearing. Mr Irvine failed to attend. On 6 August 2013, Mr Irvine contacted Mrs Irvine and advised he had just heard of the hearing date for 1 August 2013.  By 27 August 2013, the Court had not heard further from Mr Irvine despite indicating to the contrary.  Mrs Irvine had sought spousal maintenance. In the circumstances, it was apparent there would be no co-operation. Mrs Irvine sought the taxi license and vehicle and was granted this as the only real option available for property settlement.

So, what do we learn? Stay true to the path, dot the ‘I’, cross the ‘t’, be patient but firm with self-represented parties but take no nonsense from them.  The Court has jurisdiction, despite a determined attempt to thwart the Australian judicial system but it came at a significant cost to Mrs Irvine.