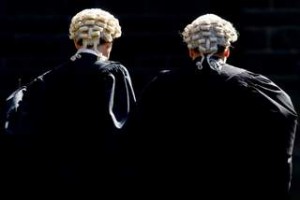 In a wide-ranging speech on Friday Ms Dessau, who sat on the Family Court for 18 years, also spoke of the need for greater resources for the courts to prevent delay, and the importance of the legal profession becoming more representative of women and different cultures.

Ms Dessau said most family lawyers had a good grasp of the law and often stood ”fearlessly between the client and their tormentor. They know when to fight cases, they know when to settle.” But a small minority ran ”scatter-gun” cases because they did not understand what mattered.

”I felt most impotent as a judge when I couldn’t rescue the parties, as I saw it, from unnecessary or obscenely expensive litigation which could easily have been different, in my view, with a different lawyer involved,” Ms Dessau said at a Law Institute of Victoria lunch.

”Sometimes they just gave misguided advice, often at the start of the case, like, ‘Just nick off with the kids’ or, ‘Just close all the bank accounts’ and that set up unnecessarily bitter and protracted litigation.”

Ms Dessau told Fairfax Media that while such lawyers were in the minority, they had a big impact on their clients and the court’s resources. She said good judges always tried to intervene, and usually could ensure such cases moved as quickly as possible. ”But sometimes the judge just doesn’t have that power.”

Ms Dessau said the court could order costs against a party and a lawyer if some matters were unreasonably pursued and ”if they feel that the lawyer’s wrong. That’s the only tool really available to the judge in the worst cases.”