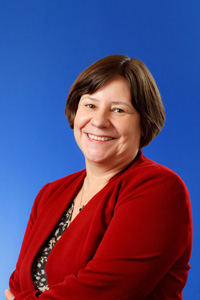 Children should get more of a say during family law battles about who they live with after their parents split, says National Children’s Commissioner Megan Mitchell.

Ms Mitchell said children’s ­voices were often not properly heard during litigation, and many independent children’s lawyers — usually funded by Legal Aid — did not even meet the children they were appointed to represent.

She told a family law conference in Sydney that many lawyers sought the views of teachers, doctors and others to try to establish what was best for the child.

“While it is very important that family law professionals focus on what they believe is best for the child and take into account any risks associated with meeting with children, there is too often a presumption that meeting with children is not in their best interest,” Ms Mitchell said. “There is significant evidence that child participation is in fact crucial for child development and wellbeing.

“There is therapeutic value in giving children an opportunity to participate in decision-making processes because it empowers them to have a greater sense of control over their own lives.”

She said excluding them from such decision-making processes, including mediation, often had negative results, with children who were left out saying they felt “cranky and upset”, “sad and bad” and “left in the dark”.

Instead, Ms Mitchell said safe and appropriate spaces were needed so children of varied ages could express their views freely.

“Children who are shielded from the family law system are usually silenced, not saved,” she said. “We must find new ways of protecting children through participation, rather than through ­exclusion.”

Federal Circuit Court judge ­Michael Baumann told the conference that judges had the power to interview children directly but in his 14 years on the bench he had never done so.

“I think the reality is that we will probably see evolving in time a greater engagement of children with judges directly … but we are going to have to talk about how we then deal with the evidence that runs from that discussion,” he said.

Judge Baumann said in ­Germany, judges got down on their hands and knees and talked to children in a playground setting, and did not have to disclose to the parties what the children had said.

He said there was also work to be done to better explain judges’ decisions to children so that even if orders were not what they wanted, they could see their views had been taken into account.

“I think kids will find that more palatable than just being given the result,” he said.

Family Court Chief Justice Diana Bryant said the international jury was “very much out” on whether it was desirable for judges to interview children ­directly.

She said the court had set up a committee to determine whether the voices of children were being appropriately heard.

Ms Mitchell said many judges lacked the training to talk directly to children, with one Australian Family Court judge telling ­researchers: “To my mind (the prospect of meeting with a child) is just about as scary as handing me a scalpel and saying ‘just a bit of brain surgery before lunch please judge’ … I’m terrified of it.”

But she said lawyers who often consulted directly with children said the best interests of the child tended to be consistent with their views.

Prime Minister Julia Gillard announced the appointment of Megan Mitchell as Australia’s first National Children’s Commissioner in Canberra on February 25 2013, marking a significant step in the protection of children in Australia.

Having commenced her term on March 25 2013, Megan will focus solely on the rights and interests of children, and the laws, policies and programs that impact on them.Megan has had extensive experience in issues facing children and young people, having worked with children from all types of backgrounds, including undertaking significant work with vulnerable children. She has practical expertise in child protection, foster and kinship care, juvenile justice, children’s services, child care, disabilities, and early intervention and prevention services.Megan’s previous roles include NSW Commissioner for Children and Young People, Executive Director of the ACT Office for Children, Youth and Family Support, Executive Director for Out-of-Home Care in the NSW Department of Community Services and CEO of the Australian Council of Social Service.Megan also holds qualifications in social policy, psychology and education, having completed a Bachelor of Arts from the University of Sydney (1979), a Diploma of Education from the Sydney Teachers College (1980), a Master of Arts (Psychology) from the University of Sydney (1982) and a Master of Arts (Social Policy) from the University of York (1989).