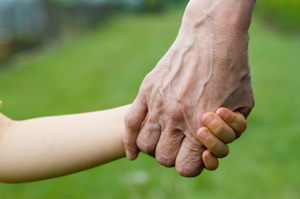 A Senate inquiry is looking into the challenges facing grandparents raising their grandchildren, and how they might be better supported.

At a time in their lives when they may have envisaged retiring and taking things a little easy, some Australian grandparents find themselves raising their grandchildren.

How many is unknown, as often they enter into informal arrangements with the children’s parents who might be dealing with mental illness, substance abuse or family violence.

A Senate inquiry is looking into the challenges facing grandparents raising their grandchildren, and how they might be better supported.

Abuse and neglect, homelessness and illness – just some of the reasons why grandmas and grand-dads find themselves caring for their grandchildren.

Grandparents from migrant or refugee backgrounds who take on the responsibility of raising their grandchildren when parents are unable or unwilling to do so face unique challenges.

Where grandchildren haven’t been brought up speaking the grandparent’s language of origin, for example, communicating successfully can be a struggle.

Bluecare, which provides aged care services, recently consulted with migrant and refugee communities about the experience of grandparents caring for their grandchildren.

It found many were afraid of the authorities and how their cultural parenting practices might be assessed.

Some preferred to remain invisible.

“Many seniors don’t know where to turn to. They say there is no one place that they can go and get information. A peak body would be a one stop shop where people can call or come to with their concerns for advice.”

For Aboriginal grandparents who may have been forcibly removed from their families as children seeking help can be traumatic.

The organisation’s Paula Hayden says it would like to see the provision of culturally-appropriate support services and assessments for Aboriginal kinship carers.

Less than five per cent of children in Australia are Indigenous.

Yet they make up a third of those placed in out-of home care.

Ms Hayden says if appropriate support services were put in place, more Aboriginal grandparents could care for their grandchildren, and the incidence of out-of-home care could be significantly reduced.

“What we believe is that there is an opportunity for Aboriginal grandparents and Aboriginal family members to be able to be assessed in culturally-appropriate ways. It’s much more likely that children will be able to come home and that they will be able to stay with kin and family.”

The Northern Territory has a high rate of teenage motherhood.

And research shows young mothers are more likely to struggle in their parenting role, with grandparents often stepping in to provide care.

The Territory’s Children’s Commissioner Dr Howard Bath Aboriginal grandparents caring for the children of teenage parents are in despair, and suffering from exhaustion.

He suggests the burden on grandparents might be eased if there were more programs to improve the skills of young parents.

The costs associated with raising children pose another challenge for grandparents.

They have to apply to receive fortnightly Centrelink child support payments.

And the NT Children’s Commissioner Howard Bath says many are reluctant to do so.

COTA Australia, which represents the rights and needs of older Australians, cautions that lack of financial assistance may discourage grandparents who see their grandchildren at risk intervening early.

“For many they are living on a fixed or lower income. They have already perhaps downsized for their retirement and suddenly they are faced with the responsibility of a number of one, two, three, four grandchildren. And then there’s the issue of the potential for legal costs.”

It says the high cost of legal action puts it beyond the reach of many grandparents, and they’re forced to continue in insecure informal care arrangements.

“Our legal aid system in Australia has extremely strict asset tests and income tests and basically if you own your own home or have any kind of steady income you are excluded from it. Now what we are saying is that the particular case of grandparents needs to be looked at as a special case.”

But Dr Howard Bath says it’s not just financial support that grandparents in informal caring arrangements are missing out on.

“It’s also the supervision and support and sometimes training that is offered for the grandparents in doing that job. So there is a case worker that they can talk to and hopefully receive support from in their role as caring for that child.”

Grandparent advisers are available at some Centrelink offices to support grandparents with full-time caring responsibility for their grandchildren.

But there are just six nationwide.

Bluecare would like to see the contribution of grandparents raising their grandchildren recognised, with the creation of a national Grandparents’ Day.

Multi-cultural advisor Gaby Heuft says the remarkable job they do should be acknowledged.

“Many grandparents feel that they are not really valued in the public eye, so such a national Grandparents’ Day could be in recognition and celebration of grandparents’ achievements and dedication that would increase the respect by the general community and set positive role models that we can emulate.”