1. You have to attempt to mediate with the other parent

Before you, or the other parent, can commence 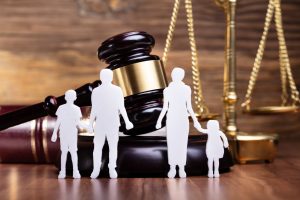 Court proceedings about Child Custody, there is a legislative requirement that you attempt to participate in Family Dispute Resolution. This is a special type of mediation focused on helping separated parents reach agreement about future arrangements for the children.

In all other cases, you will need to obtain a certificate, known as a Section 60I Certificate, from a registered Family Dispute Resolution Practitioner confirming that you have participated in that process, prior to the Court accepting your Application.

Across Australia there are a number of private Family Dispute Resolution Practitioners who can assist.

2. You don’t have to be a parent to start Court proceedings in a Child Custody Dispute

If you are a non-parent considering starting Court proceedings about a Child Custody dispute, it is recommended that you obtain expert advice from a family law lawyer about the specific matters the court will look at to determine whether you have standing to bring an Application.

3. Court is not your only option

If there is any possibility at all that you, and the other parent, can come to an agreement about future arrangements for your children, you should try to avoid Court proceedings at all costs.

Of course, in some situations, Court proceedings are unavoidable. However, it is important to understand that Child Custody disputes before a Court often becoming very costly, lengthy and messy. Parents rarely come out the other side with an improved co-parenting relationship. The other thing to remember is that you and the other parent are basically handing over the outcome of the dispute to a Judge. You both lose control of how things may go, and often people are not happy with the direction that the Court may take.

If you think that Court proceedings can be avoided, you and the other parent should keep control of the outcome, by doing your best to come to an agreement. You can attempt to reach agreement through informal negotiations, with or without the involvement of lawyers, and through mediation, either private mediation, or Family Dispute Resolution.

4. It’s all about the best interests of the children

In determining what arrangements to put in place in Child Custody disputes, the Court’s primary concern is that the children are being protected from physical or psychological harm, and that proposed arrangements are in the child’s best interests.

There are many factors that the Court will look at when determining what is in a child’s best interests, but it will always come back to a consideration of what is in the best interests of the child, not the parents.

A child’s best interests may not necessarily correlate with a child’s wishes. The Court may consider a child’s wishes, but it is in no way bound to uphold those wishes. The Court is also not bound to agree with either parent, and can only make Orders if it is satisfied that the child is not at risk of physical or psychological harm, and that the Order are in the child’s best interests.