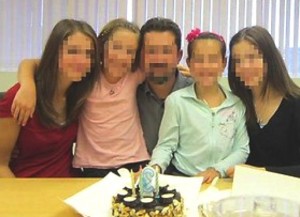 THE High Court has rejected a claim four Italian-born sisters in an international custody battle should have had their own lawyers when the Family Court ordered their return to Italy.

A full bench of five rejected the claim, brought by the girls’ maternal aunt, that the children were denied procedural fairness because their views were not sufficiently heard.

It found the girls’ opinions — including their objections to going back to Italy — were canvassed by the court-appointed family consultant.

“Contrary to the plaintiff’s central submission, resolution of questions about a child’s objection to return does not in every case require that the child or children concerned be separately represented by a lawyer,” said the full reasons published yesterday.

“A universal proposition of that kind may be thought to assume, wrongly, that the child whose maturity is at issue in the proceeding can nonetheless instruct lawyers to advocate a particular position.”

The girls, aged between nine and 15, were taken from their home on the Sunshine Coast early last month and returned to their father’s custody in Italy.

The aunt was ordered to pay the costs of the father’s legal representation in the High Court.

The Queensland family law case attracted international attention in May when the girls went into hiding instead of going back to Italy.

The Family Court had ordered them to return last June under Australia’s obligations under the Hague convention on child abduction.

Their mother brought the four sisters to the Sunshine Coast in 2010 for what she said was a four-week holiday. Yesterday, the father’s lawyer, Kevin Donnelly, said the girls were happy and well in their old home in Italy. “They’re all settled again,” he said.

“The two younger girls settled straight away; the older two girls took a couple of weeks to settle down. They’re all back at school.”