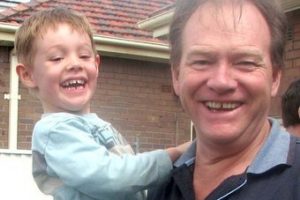 THERE should not be a specific criminal offence for a parent who kidnaps their child and takes them overseas, a Senate inquiry has recommended.

The Senate Legal and Constitutional Affairs committee has been investigating international parental child abduction to and from Australia.

In a report tabled to the Senate yesterday, the committee recommended it was not necessary for a new criminal offence to be created.

Committee chair Liberal senator Gary Humphries told the Senate yesterday afternoon all though the practice of international parental child kidnapping should be discouraged it was “not helpful” to have a stand alone offence.

“To criminalise too readily an abducting parent runs the risk of making it more difficult for abducted children to be returned home,” he said.

He said the committee was reassured the Australian Federal Police and state police had adequate powers to prevent abductions happening.

The inquiry recommended the government should improve public awareness of existing offences in the Family Law Act and maintain a “watching brief” on the issue.

It recommended setting up a website with information for parents.

International parental child abduction screening and risk-assessment processes should be part of the family law system, the report recommended

Reasons for international parent child abduction to and from Australia included a wish to control the cultural upbringing of the child, fear of loss of relationship, frustration with parenting arrangements or desire to escape family violence.

The inquiry heard evidence from Ken Thompson whose story made headlines after he cycled 6500km around Europe in a bid to find his son, leading to a tip-off that the youngster was in the Netherlands.

Mr Thompson, whose son was taken in 2008 and returned this year, said the AFP often had its hands tied, and prevented from acting without the consent of the signatory country.

Spending up to $100,000 was not unusual, and parents sometimes had to fight for financial assistance or even to halt child support payments.