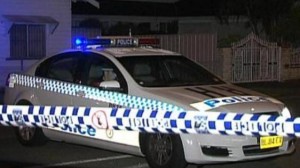 A SYDNEY man charged with abducting his teenage ex-girlfriend and their baby at knifepoint has denied the allegations and will fight the charges using a series of text messages.

The 24-year-old, who is also charged with having sex with his ex-girlfriend when she was underage and breaching an apprehended violence order, appeared briefly via video link in Parramatta local court today.

He did not apply for bail, which was formally refused, but expects to apply at a later date.

His lawyer Ben Archbold said his client will fight the abduction and assault charges.

“He wishes to deny the allegations at this stage,” Mr Archbold told the court.

“There’s a series of SMS that largely refute the claims.”

The man is accused of entering the Chester Hill home of his 16-year-old ex-girlfriend and their eight-month-old son on the evening of last Thursday and forcing them into his car using a steak knife.

He allegedly assaulted her on their way to Campbelltown.

They stopped at a rest area before she got out of the vehicle and he allegedly drove off with their son.

Police located his abandoned vehicle Friday morning at Bargo, south of Sydney, after it had hit a tree.

Hundreds of emergency services personnel combed the area until late on Friday when the accused’s sister handed the baby over to police.

He remained missing for five days until he turned himself in to Bankstown police with his lawyer.

The man will appear in Campbelltown local court on August 12 when he is expected to apply for bail.