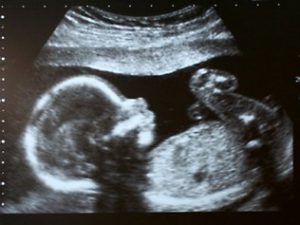 OUTDATED laws are forcing doctors to twist the truth to get abortions for their patients, a study has found.

The convoluted legal demands of abortion can make the process traumatic for pregnant women and confusing for medical practitioners.

An article in the latest Australian and New Zealand Journal of Obstetrics and Gynaecology explains that in New South Wales and Queensland, abortion is still a crime for both women and their doctors even if there are severe fetal abnormalities, unless there is also a serious threat to a woman’s mental or physical health.

“Abortion has remained in the criminal legislation with little change from the wording of the 19th Century,” the article states.

The news that abortion can still be a crime would come as a surprise to many, as for more privileged women they are relatively easy to access. Children by Choice spokeswoman Cait Calcutt said for poor women and those living in regional and rural areas, it was another story because it is far harder to get an abortion in the public system than in a private clinic.

“Your rights depend on the size of your wallet,” she said.

“There are many women who can’t access abortion easily. In the private system the doctor just has to form an opinion in good faith that the abortion is necessary (and meets legal criteria of being a danger to the woman).”

Ms Calcutt said it was quite different in the public system, where there are more stringent checks to ensure the abortion is technically legal and a woman is more likely to have to see a psychiatrist.

The laws are exactly the same for public and private patients, but the way they are followed varies.

Doctors told researchers that they were aware that abortion remained a crime so they had to manipulate the process and felt they had to “manufacture” mental illness to obtain an abortion.

“(Women) who have abortions done for abnormalities incompatible with life have to see psychiatrists and jump through all those hoops which is absolutely absurd, ridiculous and insulting,” one doctor said.

Lead author Caroline de Costa, Professor of Obstetrics and Gynaecology at James Cook University, told news.com.au that the laws forced doctors to shoehorn patient information into bureaucratic holes so they could access safe abortions. She said when women were diagnosed with severe fetal abnormality and then made the decision to have an abortion, they were traumatised by the process they had to go through to get one.

“I’d like abortions to be decriminalised in NSW and Queensland as well,” she said.

“Ultimately I think the majority of people would want to have a much more updated abortion law… or at least move it out of criminal law and into health legislation.

“There’s always anxiety about this… there is always this elephant in the room (for a doctor) – what would happen if I had to explain this in a court of law?'”

The researchers interviewed 22 medical practitioners in NSW and Queensland who provide pregnancy terminations. Laws vary from state to state, with those two states at the strictest end.

Doctors told researchers this meant they had to exaggerate the effects on women’s health in order to get a legal abortion. One said this process “manufactured” mental illness for the woman:

“She needs to see one and sometimes two psychiatrists. They would ask her if she’s ever been depressed or upset or thought suicidal thoughts and many psychiatrists are fed up with doing this because it manufactures mental illness.

“If my mother dies tonight, I’m going to be upset tomorrow. Now is that mental illness?

“So it’s almost got to the stage: ‘Are you upset that this baby’s got Down syndrome?’ Of course you’re upset…”

Another said they’d have “no qualms” writing that a woman’s mental health would be jeopardised.

Prof de Costa said while she wanted law reform she was not optimistic politicians would do it because it’s a “sensitive issue… and one they don’t want to take on”.