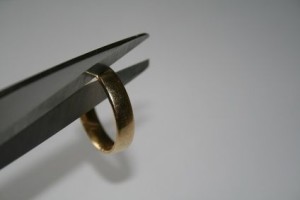 A rare case of a marriage being subjected to the test of mental capacity has been decided in court.

It was an autumn wedding.

He was 78, about to move into a nursing home and suffering from dementia. She was his 49-year-old former cleaner.

Weeks earlier, she had accompanied her fiance to his solicitor to change his will to leave her everything.

But the course of true love never did run smooth, and the groom’s family challenged the marriage in the Family Court.

The soap-operatic details of this improbable union are recounted by Justice Garry Foster, who is one of the few judges in Australia to have been asked to declare a marriage void because of the mental incapacity of one of the parties.

The Olivers, as he dubbed the couple to protect their anonymity, were married in April 2011 in an intimate ceremony attended only by her family.

His family had been told by the blushing bride-to-be that the ceremony was in June and she neglected to tell them of the change of date.

”How are you getting married? I didn’t even realise you had a girlfriend,” his granddaughter had demanded in a telephone call before the wedding.

”Neither did I,” he replied.

After the wedding, his grandson asked his ”pop” why he married the woman who had been a cleaner and carer for him and his late wife, who died in August 2010.

“I don’t know, why didn’t anyone tell me?” he replied.

The court heard that at one stage the husband-to-be was drinking rum and Bonox for breakfast and ”talked of his late wife as though she was still alive”.

About four months after the wedding, he was admitted to a nursing home with ”significant cognitive impairment, dementia and a raft of other health issues”.

His family told the court that they did not see their new step-grandmother and step-mother-in-law when they went to visit him in the nursing home but she was making ”regular drawings” on his bank account.

His granddaughter applied to the Family Court in 2012 for an order that the marriage be declared void on the basis that he was ”mentally incapable of understanding the nature and effect of the marriage ceremony”. He died in September last year, before the case could be heard in December.

Justice Foster noted the man’s widow claimed ”it was her love for the deceased that prompted her to marry him”.

”When asked whether it was like the love of a wife for a husband, she said ‘in a way,”’ he said.

He added he had ”reservations” about the evidence given by the woman, who ”had a history of several marriages”.

It was significant that she did not call a number of witnesses who might have assisted her in proving that her ageing groom was mentally capable of tying the knot, including the wedding photographer, the solicitor who helped to change his will and his neighbours.

The man’s general practitioner had also resiled from an assessment he made, shortly before the wedding, that the groom was capable of making rational decisions.

Justice Foster noted there is a dearth of cases in Australia on the circumstances in which a marriage will be declared void owing to mental incapacity.

”There are only two reported decisions that I was referred to and I located no others,” he said.

Taking into account the likely ”financial motivations” of the woman, the financial disparity between the pair and his cognitive incapacity and dementia, Justice Foster concluded the man did not have the capacity to understand the nature and effect of his marriage to the woman.

Adding to the tiny number of decisions in Australia, he declared the Olivers’ marriage void.