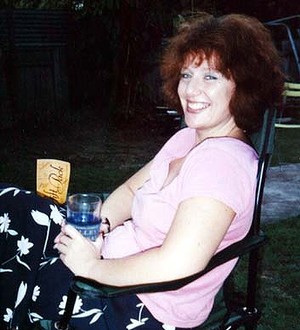 ONE of Australia’s top forensic law authorities believes the convicted child killer Kathleen Folbigg would walk free from jail if granted a retrial today – because of inaccurate evidence presented at her original trial.

Gary Edmond, a legal expert in forensic science at the University of NSW, believes a recent review of case material demonstrates that Folbigg’s trial was tainted by unreliable, misleading and now outdated medical evidence.

”It is quite likely that experts provided evidence at the trial which they might not give today – and this needs to be reconsidered because you can’t have someone remain in jail just because they were prosecuted at a particular point in time … especially if the science has moved on,” he said.

Professor Edmond pointed to Jeffrey Gilham and Gordon Wood, both of whom suffered a miscarriage of justice due to flawed forensic submissions, and argued there was a ”very real possibility” that Folbigg had suffered the same fate.

”In the past few years, there have been startling revelations about problems across forensic science and medicine which should give us even more pause for what has gone in the past, particularly in controversial areas.”

Folbigg is serving a reduced sentence of 25 years after she was convicted in 2003 of murdering her children Patrick, eight months, Sarah, 10 months, and Laura, 19 months, between 1991 and 1999, and the 1989 manslaughter of her son Caleb, aged 19 days. While the causes of death were never determined, a picture emerged during the trial of an emotionally fragile mother with a personality disorder – whose damaging diary entries were interpreted as literal admissions of guilt.

But Folbigg has always maintained her innocence and Professor Edmond argues that with no scientific evidence proving any of her babies were murdered, the diary extracts alone are ”insufficient” to keep her in jail, adding: ”They add verse but, you also have to say, they’re pretty ambiguous.”

Once, four infant deaths in the same family automatically pointed to murder but as the legal academic Emma Cunliffe has demonstrated through six years of extensive research, that is no longer the case.

Doctor Cunliffe has written to the NSW Attorney-General, Greg Smith, attacking the medical research presented at Folbigg’s trial as incomplete and misleading.

A detailed legal submission is also being finalised – confirming how expert knowledge surrounding multiple infant deaths has increased dramatically since Folbigg’s trial a decade ago.

Dr Cunliffe, who has published her findings in a book titled Murder, Medicine and Motherhood, said: ”Folbigg was prosecuted at a moment in time when there was a particularly punitive account of multiple infant deaths in a given family. That moment passed.”

Dr Cunliffe cites at least eight similar cases worldwide in which mothers, in recent years, have been accused of infant murders – many of them multiple crimes. They include the Melbourne woman Carol Louise Matthey, who was charged in 2005 with smothering four children over five years. ”All the other women subjected to that form of prosecution have either been acquitted by courts of appeal or have had the evidence against them excluded by judgment,” Dr Cunliffe said. ”Folbigg is the last one standing.”

Dr Cunliffe and Professor Edmond are not the only voices calling on Mr Smith to reopen the case. Professor John Hilton, who conducted the autopsy on Folbigg’s second child, Sarah, in 1993, agrees a review is ”warranted”.

Professor Hilton, who was called by the prosecution as a witness in the Folbigg trial, said: ”We live in a changing world. Medicine and science never stand still – they progress. Now obviously, I sit on the medical and scientific side of all this … but it seems to me the conviction stood, or was based on, the diaries … which were open to multiple interpretations.”

He added: ”If you read the court transcripts, you will see that my evidence was hardly favourable to the prosecution’s case.”

”It can only be a matter of time before there’s a formal review of this case … it’s been happening all over the world,” he said.

He added: ”While homicide was a possibility, there was no pathology evidence to support it.”

Of Folbigg’s diary extracts, Professor Cordner said: ”It is well recognised that self-blame is a common response to infant death.”

While all of Folbigg’s legal avenues have been technically exhausted, a spokeswoman for the Attorney-General confirmed on Saturday an application for review can be lodged under the Crimes (Appeal and Review) Act 2001.

How the case against a mother unfolded

FEBRUARY 13, 1991 Patrick dies, aged eight months. Originally believed to have died of a blockage of the airways due to an epileptic fit. Now deemed have died of suffocation.

APRIL 19, 2001 Kathleen Folbigg is arrested at home after a two-year police investigation.

MAY 21, 2003 Found guilty of murdering Patrick, Sarah and Laura and of the manslaughter of Caleb; found to have inflicted grievous bodily harm on Patrick in 1990.

FEBRUARY 17, 2005 Sentence reduced by 10 years and her non-parole period by five years. Appeal against sentence dismissed.