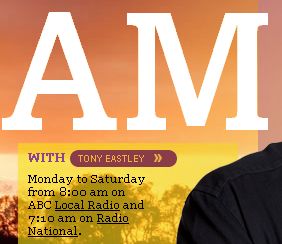 TONY EASTLEY: Changes to commercial surrogacy arrangements in India, introduced just before Christmas, have cut off one of the more popular avenues for Australians wanting to become surrogate parents.

While going overseas for commercial surrogacy is illegal in Queensland, New South Wales and the ACT, hundreds of Australians still fly to India every year to become parents.

However, the Indian government has now issued a directive that only couples who have been married for more than two years can enter into commercial surrogacy arrangements, and only if it is legal in their home country.

NANCE HAXTON: Queensland lawyer Stephen Page is a surrogacy specialist who has represented many Australian surrogate parents. He says the policy changes in India have already had a huge impact.

STEPHEN PAGE: Essentially, if you want to go to India in future for surrogacy, you’ve got to be married for a minimum of two years – gay marriage is excluded – and surrogacy must be legal back home.

NANCE HAXTON: So there was effectively a loophole before this where many Australians were able to go to India to engage in commercial surrogacy arrangements.

I believe instead of about 200 children a year being born to Australian intended parents a year, it will be down to five or 10.

SAM EVERINGHAM: It’s become a legal headache for many courts in Australia dealing with the unintended consequences of surrogacy. And I think you know if we had arrangements in Australia where commercial arrangements were possible, it would make it much easier for the kids that are born, as well as the parents.

NANCE HAXTON: What about for people who have ethical concerns about exchanging money for children in that way?

SAM EVERINGHAM: Look, I think there’s a lot to be said for keeping these arrangements all happening in the same country. You avoid issues like accusations of exploitation of families from less well off backgrounds, and it’s been clear from systems in place in US states like California and Minnesota that commercial systems can operate very well, with really positive outcomes for the children, the surrogates and the intending parents.

So I think we need to look really closely at that as a wider community. I mean, despite the laws we’ve had against surrogacy, a lot of families go overseas and ignore those laws. So I think it will be a much better outcome if we could get those sorts of arrangements and much better access to surrogates in Australia.

I mean, even if it’s not commercial, even if it’s just surrogates being able to advertise that they’re willing to carry in Australia it would be a start.