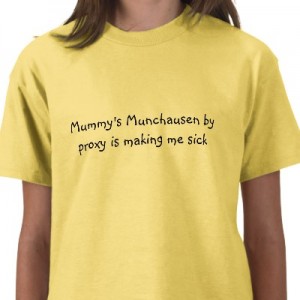 ROBBED of her beloved kids and branded a “dangerous” mum, a NSW woman has spoken of her joy of being reunited with her daughter after nine years of separation.

For 19-years, the mother struggled to keep her family together as childcare authorities were hellbent on tearing them apart.

But her courage and conviction has finally won. The baby “stolen” from her 23 days after she entered the world in 2002 is safely by her side.

The youngster has spent her life in foster care after childcare authorities believed the mum suffered from the discredited condition known as Munchausen syndrome by proxy in 1993.

“I’ve been waiting 10 years to bring my baby home,” said the elated mum, who has requested not to be identified for the childrens’ sake. She was labelled with the condition, in which mothers harm and even kill their children to gain attention, after her second-born son failed to thrive. Her next two children were removed as well.

Community Services Minister Pru Goward told The Sunday Telegraph she was pleased the matter had been resolved, but has demanded an explanation from her department.

“This will help my understanding of the events which led to the removal of these children,” said Ms Goward, who made representations on the mother’s part when she was in opposition.

With three children removed between 1993 and 2002, the woman went on the run to give birth to a son in December 2003 to avoid detection. Authorities made the child a ward of the state in her absence and when she was tracked down in October 2008 in Moree, they removed the boy who was then four.

After an 18-month court battle, the boy was returned to his mother in April 2010 and has lived with her ever since.

The two older children are grown up and no longer wards of the state. Her nine-year-old daughter had expressed wishes to be returned to her real mother and after her foster carer relinquished care, the child was returned.

“She gets in bed with me in the morning and says: ‘I’m so happy’, it’s just beautiful’,’ the woman said.

It was discredited in 2003 after Meadows’ evidence wrongly jailed three women for murder.