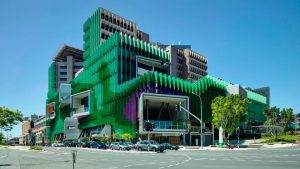 A baby suffering from a severe form of epilepsy will undergo brain surgery in a bid to stop his seizures, after the Supreme Court ruled it was in the child’s best interests.

The boy, known as “baby K”, was born with a brain abnormality that causes him to have frequent and serious convulsions.

He has had alternative treatments including cannabis oil and a ketogenic diet, as well as conventional medical treatments such as anticonvulsive drugs, some of which have had serious side-effects and effectively sedated him.

The child’s social worker told the court he had also received traditional remedies from his parents’ home country, including treatment with holy water, prayers by a monk and traditional ceremonies in which smoke has been administered to him at the parents’ request.

But the court found all the treatments had been “ineffective”, resulting in numerous admissions into the paediatric intensive care unit.

His doctors told the court they were of the “firm opinion” that the only way to preserve his brain and give him the best chance of a future life was to perform a functional hemispherectomy.

They described it as a “serious operation” that would involve disconnecting the two sides of his brain to preserve the intact “good” side, with the aim of preventing or reducing the child’s constant seizures.

K’s parents refused to consent to the operation so the matter ended up in court.

“That is not because they do not love their baby – they clearly do – but because they retain hope that traditional remedies might provide what might be described as a miracle cure. This is in accordance with their sincerely held religious and cultural beliefs,” the judgement stated.

“However, for further traditional remedies to be attempted, that would now require a flight to their home country with the baby which, no matter how efficiently it was done, would be very arduous. There is no evidence that he could receive the expert level of expert medical care that is available to him in Brisbane, in addition to the traditional remedies, if he were to return to his parents’ home country.”

In her ruling, Justice Roslyn Atkinson said she had “thought long and hard about it” because it was not the parents’ preference.

“He is their child, and it is they who will be bringing him up,” she said.

“It is they who will be with him before the operation and be with him while he recuperates and once he is discharged from hospital.

“But I am satisfied that the operation is in his best interests, and … that their love for their child and involvement in his physical, emotional and spiritual development will stay with him through the days and weeks, months and years to come.”

Justice Atkinson authorised the boy’s medical team to perform the procedure and to undertake any necessary care and intervention including a pre-operative MRI, blood transfusions and the placement of a shunt in the event he develops hydrocephalus after surgery.
Stay Informed. It’s simple, free & convenient!