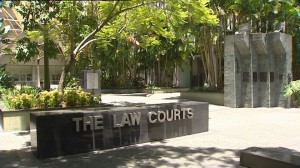 A FATHER is about to be hit with an almost half-million dollar bill he owes two former lovers after a court ruled he had paid them virtually no child support.

The saga to access part of a $3 million cash and property pool belonging to a Queensland farming family is one of a growing number of cases behind a huge nationwide child-maintenance debt.

According to the latest figures, one in four parents has fallen behind in child support payments, with the Federal Government recovering $110m in debts last year by intercepting their tax refunds.

In the latest case, the father has accused the court of “trickery and bias” after he missed an appeal deadline and was ordered to pay $450,000 in outstanding expenses related to his children, who are now aged 18, 13 and 12.

“I am entitled to appeal this absurd travesty,” he told the court.

The nine-year litigation is now headed for the Supreme Court in Queensland after the father lost his latest appeal in the Full Court of the Family Court of Australia.

According to the latest figures, one in four parents has fallen behind in child support payments, with the Federal Government recovering $110m in debts last year by intercepting their tax refunds.

His parents have launched a legal challenge against the trustee appointed to oversee the fire sale of part of his family’s 161ha farm.

They have lodged a caveat to stop the sale of two land parcels proceeding after they were sold at auction last year.

The statutory injunction follows three failed attempts by their son to stop the sale with a caveat, including one lodged at the 11th hour of the sale.

“To state that this matter has a long history would hardly convey the background to these proceedings,” she said.

Justice May said the mothers were granted their wish for the children to live with them but “have never received an adequate level of child support.

“They have been primarily responsible for the financial burdens cast upon them by their parenting responsibilities,” she said.

“Whilst (the father) has, in the past, paid some modest level of child support, he has paid none since July 2008, yet at the same time he has had the use and enjoyment of substantial property.”