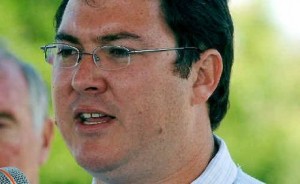 The government could pay child support to single parents regardless of whether the other parent pays, under a proposal being considered by a parliamentary inquiry – potentially adding more than $1bn to the budget if the debts are not recovered.

Senior lecturer at the University of Tasmania’s school of social sciences, Dr Kristin Natalier has recommended taxpayers foot the bill of the amount owed so single parents and their children are not financially disadvantaged.

National party MP George Christensen, chair of the committee inquiring into child support which has a public hearing in Brisbane on Tuesday, said the system was raised by a number of single mother advocacy groups and he was not opposed to the idea.

Submissions to the Inquiry into Child Support

“The idea was raised with us and I am not opposed to it, it has its merits but one of the problems we will look into is potentially how much it will cost – but we are not ruling it out,” Christensen said.

At the moment, “payers” – who are usually non-custodial parents – pay child support to the department of human services (DHS) and then the DHS pays the “payee” – usually the custodial parent.

A submission by the Council of Single Mothers and Their Children (CSMC) estimated Australia’s unpaid child support bill was over $1bn, “yet even this figure does not capture child support that goes unpaid in private collection arrangements and debts waived by child support”.

“Less than 50% of child support payments are made in full or on time, yet there are few real consequences for paying parents defaulting on their child support obligations.”

Labor deputy chair Sharon Claydon said while she had concerns that a government guarantee might allow some parents to shirk their payment responsibilities, the advantage of a guarantee would be to “take the emotion” out of the system.

“From a taxpayer and public policy maker’s view we really have to ensure the capacity of the commonwealth to be a debt collector,” Claydon said.

“Some payers are delaying payment as a means of exercising financial control over the situation, that is why it has been an attractive proposal for some single mothers groups and the lone fathers have found it interesting as well.”

Alleged Unfairness in the System

George Christensen said the other main issue facing the inquiry was “alleged unfairness” in the system, particularly in regard to “payer” parents.

George Christensen said a common problem reported in submissions occurs where a child support “payer” had court ordered custody arrangements which are breached by the “payee” moving away, leaving the payer parent unable to see their children.

In such cases, when the payer parent can no longer maintain their custody arrangements due to distance, the payee applies for a reassessment of the child support amount and the payer is left with a larger child support payment.

George Christensen said parents reported that the department was often aware of a breach of court orders but enforced the reassessment regardless. One of the terms of reference requires the committee to consider how to improve the link between the the Department of Human Services and the Family Court.

“We are looking for linkages at the family court end to ensure those problems don’t arise,” George Christensen said. “(Payer parents) see (reassessment) as salt being rubbed into a wound. Anecdotally, that is where a lot of suicides occur.”

The inquiry will hold ongoing public inquiries and is not expected to report until the end of the year when Christensen expects it will make recommendations that the government can “pick up and run with”.

Sharon Claydon said in her experience, the child support system was “generally working ok” though for families with “entrenched conflict”, there were still significant issues, including around domestic violence and cultural issues for Indigenous families.

“Sometimes conflict has been there for a long period of time so we will be working through those issues and I don’t think we have landed on the magic solution yet.”