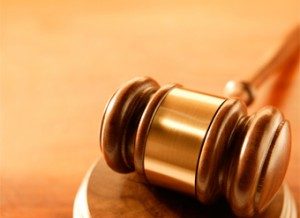 A DEADBEAT dad has been ordered to repay an $11,500 Centrelink debt after child support payments were paid directly to him while his daughter was living with her paternal grandmother.

The grandmother has won the right to raise the eight-year-old Queensland girl interstate after she complained of being verbally “menaced” by her son over caring for the child.

“Not only has the father never paid any child support … he continued to receive a Centrelink payment for the child,” Family Court Judge Stewart Austin said.

“The father improperly received … some $11,500, which … is being repaid in small increments.

“The only evidence of financial support … was his purchase of an Ipad for her.”

The Family Court of Australia has moved to protect the girl from her biological parents after it was revealed she was repeatedly moved by the Department of Child Safety in Queensland.

In a scathing assessment of DOC’s handling of the case, Justice Austin said she endured a “grossly disrupted residential history” after six moves in two years.

“The child endured frequent exchanges between the mother and father following their separation,” he said.

According to a judgment, the girl was bounced back and forth between her father and paternal grandmother after she was placed in foster care to get away from her troubled mother in 2006.

He said she had stayed with her paternal grandmother since 2011 after being too scared to stay overnight with her father, who was hospitalised for substance abuse.

“The father presented at hospital with the mother … for treatment of a stab wound (and) medical notes suggest he admitted consuming one litre of bourbon,” Justice Austin said.

“Significantly, he also told staff he had last injected himself … with drugs the week before.”

Justice Austin said the paternal grandmother’s push to move interstate was “quite reasonable” considering a verbal spray she received from her son.

“He has previously pushed his face into physical contact with her face and threatened menacingly through gritted teeth ‘Don’t you touch my daughter, you f…ing c…’,” he said.

Justice Austin said the custody battle had created a “schism” in the family which was made “achingly apparent” during a trial when siblings took the stand against one another.

He said “rancour” felt by the son and one of his brothers towards the paternal grandmother was “unlikely to subside any time soon”.