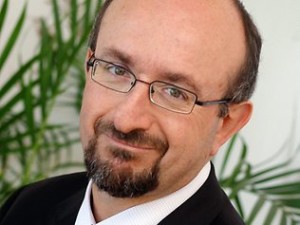 A FRUSTRATED magistrate has declared the hatred of two parents engaged in a war over the schooling of their daughter so “insidious” it would constitute a “weapon of mass destruction” if bottled.

The scathing attack by Federal Magistrate Tom Altobelli followed a bitter court-room brawl between the mother and overseas-based father of a Grade Seven student, who narrowly-avoided being uprooted from her school earlier this year

The ruling, after a seven-day trial, has set up another legal showdown as the “resilient” 12-year-old, who is one of three children caught in their parents’ cross-fire, faces a possible challenge from her father to move her at the end of 2013.

Mr Altobelli declined to give exact details of the conflict, but declared the father the “winner by a nose” in the race for most “toxic communication” in the five-year marriage breakdown.

“(It) is a photo finish, but this steward finds that (the father) was ahead by a nose,” Mr Altobelli said.

“Clearly the father has no insight that toxic communication from him invites a toxic response, a criticism that might equally be levelled at the mother.”

He ruled in the mother’s favour after the girl requested to remain at her mother’s chosen school.

“(If) it were possible to bottle the hatred between the parents it would constitute an insidious weapon of mass destruction,” Mr Altobelli said.

“The behavior of both the mother and father in this case is appalling.

“It is an understatement to say that the communication between the mother and father tends to be toxic.”

While the father won the title for “most toxic communicator”, Mr Altobelli singled-out the mother for her arrogance and totally self-absorbed behaviour.

He said she was “plainly” motivated by child support issues.

Mr Altobelli refused to grant the mother an order which would see the daughter complete her secondary schooling at the current school.

It is now open for the father to launch a second legal challenge at the end of the school year.

Mr Altobelli said the ugly reality of the conflict appeared set to exist whatever school she attends.

“Quite frankly, she cannot help having the parents she does,” he said.

“One would have thought that the prognosis for the children, if this were to continue indefinitely into the long term is a poor one.

“It is nothing less than tragic that the mother and father cannot perceive the impact on her and her sisters of the chronic conflict that exists between them.”