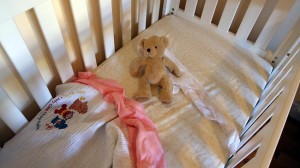 ADOPTION has dropped to an all-time low, as prospective parents wait up to six years to give a home to a child from Asia.

Just 333 children were adopted last financial year, the lowest number on record, the Australian Institute of Health and Welfare will reveal today.

And for the first time in 13 years, Australian children outnumbered foreign kids, with 55 per cent of adopted children coming from overseas.

Foster parents and step-parents are the most likely to adopt an Australian child already in their care.

The number of adoptions has fallen 84 per cent in the past 25 years, since the institute began compiling statistics.

Most of the adopted foreign children came from The Philippines, South Korea, China, Taiwan, Ethiopia and Thailand, with 86 per cent arriving from Asia.

The Federal Government banned adoptions from Ethiopia in June this year, citing an “increasingly unpredictable, complex and uncertain” adoption environment in the impoverished African country.

Prospective parents are now waiting four-and-a-half years, on average, between the time they are given official approval and the child’s arrival.

Australians are having to wait six years, on average to adopt a child from China.

The AIHW report says the delays are out of Australia’s control.

South Korea now gives priority to local adoptions, and has reduced the number of exit permits for children.

Domestic adoption numbers in India have more than doubled in the past five years, and Thailand has introduced a quota for children sent overseas.

Only one in four of the children adopted last financial year were babies.

The AIHW blames the downturn on legislative changes in Australia and overseas, as well as falling “supply and demand”.

“Adoption used to be regarded as a solution to illegitimate babies, the risk of impoverishment for single mothers, and the needs of infertile couples,” the report says.

“However, over the last four decades there has been increasing social acceptance of raising children outside registered marriage and increased levels of support available to lone parents.

“These changes have reduced the pressure on unmarried women to give up their children for adoption.”

AIHW spokesman Tim Beard said infertile couples could now access IVF to have their own children, rather than adopt.

The AIWH report also reveals that 8302 Australians who were adopted, who gave their child up for adoption or who adopted a child have resisted attempts at a reunion.

More than 4500 adopted children have lodged “vetoes” to stop government agencies providing information about them to a birth parent.

And 3238 birth mothers are refusing to provide information to the child they surrendered.

Only 425 adoptive parents have refused to provide information to biological parents or adopted children.

The vetoes have been lodged since the 1990s.