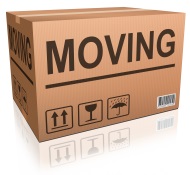 Relocation is indeed a very important aspect that tends to arise with instances of divorce.

It basically refers to the post separation process whereby a parent decides to move (or relocate) from the region in which he/she previously raised their children with their partner.

As expected, one parent moving a distance away from the other is bound to cause problems – particularly concerning shared custody.

One of the primary reason this is such a disputed issue is that it is not clearly addressed in family law; in other words there is no concrete structure to enforce it by as we see with other issues that are addressed in legislation such as the Family Law Act 1975 (Cwlth).

On what basis do Courts allow relocations (one parent plus children)?

As previously stated, there is no fixed law concerning when to facilitate relocation – instead it comes down to the courts assessment of the facts of the individual scenario.

However, a guiding principle which the court uses is questioning whether or not the move is in the “best interests of a child”.1

This concept particularly stems from S60CC of the Family Law Act and aids in prioritising the wellbeing of the child in decisions made.

In S60CC there are two types of considerations which must be taken into account when regarding the “best interests of a child”; Primary and additional circumstances.

Additional considerations are also taken into account for relocation and revolved around concepts such as the maturity, views, culture and relationships of the child.5 Thus relocation’s consequences must be assessed on the holistic wellbeing of the child – the move must not interfere with their development drastically.

A major milestone concerning the issue of relocation in Australian family law took place with the case of MRR v GR.6 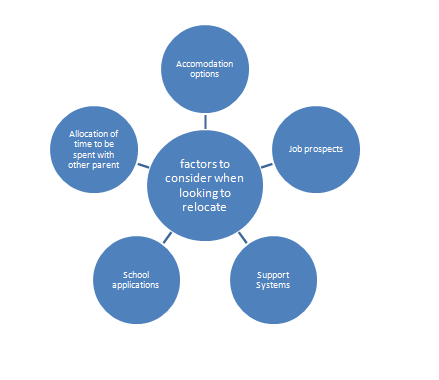 Factors the Courts Consider in Relocation

In this case the High Court referred to S65DAA(1) in its reasoning which basically covered two key points; whether it is in the child’s best interest to spend equal time with both parents AND whether it is reasonably practicable that they do.7

Obviously the issue of practicality coincides directly with this issue of relocation as a matter of distance is now involved hence interfering with exactly how practical it is that a child should be seeing each parent equally.

Therefore, an expected result from this is that it has now become a tough task to stand in the way of a parent choosing to relocate.

A closer look at relocation

Although some say relocation is akin to the lottery, there are guiding principles, including the status quo, the involvement of the other parent in the parenting, technology and phone contact, the happiness of the moving parent, whether the moving parent has family in the pre-move location, whether they have family and/or a new relationship in the new location, whether there are other children involved in either current or new location, and the financial implications or career implications of a move.

There are a number of points a court considers when regarding relocation particularly the reason for moving; for instance the financial state of a parent.

For instance there may be a scenario where one parent seeks to relocate simply because the area they currently live in has become expensive on them to raise a child. Again the best interests of a child come into play here and what is best for their upbringing takes priority.

Another common reason for relocation is the parent’s mental state; i.e. suffering from depression or otherwise not being happy with their current state of life (they may want to move closer to their family).

Evelyn Bender (Federal Magistrate at the time), in a Judgement handed down in Melbourne raised a particularly notable point in that there is a need by women to “start fresh” after a divorce which would, in most cases, mean moving out of town. A court here would have to consider whether the mental state of a parent would impact the child’s upbringing – or in other words asking; to what extent would the state of mind of the parent affect the child’s development?

An example of such an instance occurred in the case of Hepburn & Noble where the mother was depressed remaining in her home in Wollongong and instead desired to move to Victoria for another relationship.8 The court allowed this and allowed her children to move with her.

Keep in mind that the court also has to determine whether the desired move would substantially impact the other parents’ relationship with the child.

Moreover, the court will also assess the technology available to parents in order to maintain their relationship with the child in event of relocation.

A growing trend within the Family Law Courts has been the willingness to accept the notion that the use of communication technologies can foster and maintain meaningful relationships between parent and child who may live long distances between each other.

In a previous decision, Margaret Cassidy (Federal Magistrate at the time) granted an international relocation request on the basis that Skype was to be used with toddler twins.

In making the Orders, Cassidy referred to a recent study of Skype in the US which suggested that children would be able to “potentially continue to develop a relationship” with the non-custodial parent with the aid of communication technologies like Skype. 9

This is pivotal as some relocations are over vast distances (even between countries) and therefore the court would be very hesitant in disrupting the status quo – or more simply put the continual relationships between the child and both parents IF it already clearly exists.

The boy had a good relationship with both his mother and father who both contributed to his upbringing with the father seeing him on school holidays. However, court allowed the mother to relocate on the basis that preserving a healthy relationship was possible despite the father insisting otherwise.10 Technological means such as telephone, email and Skype were listed by the court as reasonable communication other than the term holidays (which the court also ruled were to be spent to a degree with the father).11

As mentioned, the status quo needs to protected as much as possible; particularly after a divorce as the court seeks to minimise its impact on the child – i.e. operating in a child’s best interests.

Therefore it is common in cases that the court grants relocation, but not promptly. For instance the parent wishing to relocate would have to wait till the child is a certain age to move. A notable case for this is Webber and Pandor where a mother was permitted to relocate to the US from Australia once her youngest child reached five years of age.12 FMCAfam 1059. ]