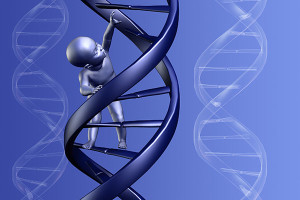 There is no doubt that the rapid development of DNA technology in recent years has had a significant impact on criminal investigation – crimes can be solved with the use of a simple cheek swab on suspects and witnesses.

However, courts have been slower to order the use of the science in other civil proceedings, for example claims against deceased estates, where testing can determine eligibility within Family Provision Act proceedings.

In McComish v Sharpe [2002] WASC 96, the Defendant executors applied under order 28 rule 1 for the claimant and her infant son – who claimed to be the child of the deceased – to submit to DNA testing. The deceased had admitted paternity of the infant on oath, but later expressed doubts to the executors that he was the father. The mother refused to submit to DNA testing for both herself and her child.

The court ordered the mother and child submit to testing, stating that it was entitled to determine the issue on the best scientific evidence available:”Why should the court decide a case on the less perfect evidence, when the better evidence can be obtained relatively cheaply and speedily (and) an order for DNA may very well achieve the settlement of this case?”

The court was satisfied that it had inherent jurisdiction to make the orders, but could also have made the orders under order 28 rule 1.

Conversely, in 2003 in a suppressed judgment, the court refused to order the DNA testing of a woman who claimed to be a child of the deceased, apparently on the basis that she opposed the orders. The court subsequently found against the claimant in any event, there being no other evidence to support her claim.

More recently, in Hallett & Anor v Cottam [2007] WASC 147, the court was prepared to order DNA testing under its inherent jurisdiction of a claimant who, it was being argued, was not a child of the deceased. In that case, no order 28 rule 1 notice had been served by the defendants on the claimant but the court rejected the claimant’s contention that an assessment of “physical and mental condition” under order 28 rule 1 did not include the taking of a mouth swab for DNA analysis. The Judge said: “I am far from convinced that order 28 rule 1 is… incapable of application to examinations to determine genetic make-up“.

The court went on to exercise its inherent jurisdiction, and its discretion in the interests of justice, to require the DNA test, emphasising its contribution to the resolution of the issues as well as the lack of any prejudice to the claimant.