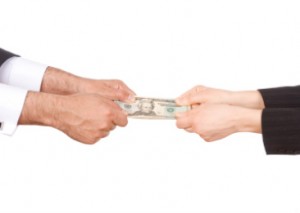 What better way to see the gamut of domestic despair, distrust, estrangement, recrimination, spite, and the bounty of the lawyer honey pot, than through families tearing at each other in courtrooms.

Wills, succession and family provisions provide the landscape for some of the spellbinding human dramas that unfold in the equity courts.

There’s nothing quite like an intra-family dispute over a relatively small amount of money to stir the passions, bring out the silks and the no win, no fee speculators.

It’s a nice change from the deadening drum beat of commercial woes.

But what may surprise a lot of people is the wide discretion judges have to rewrite people’s wills and overturn their express wishes.

The notion that loosely exists that a will is an impermeable document is quickly shaken when, in appropriate cases, frozen-out relatives manage to get their hand in the till.

There are at least eight instances from last year in the New South Wales Supreme Court where judges rewrote wills and, in some of them, made provision for people who had been specifically excluded by the deceased.

For instance, in a case called Charnock v Handley, the deceased excluded his two daughters as beneficiaries of his estate and left all his money to a friend.

Associate Justice Philip Hallen found that a statement written by the deceased one day before he died, in which he described in negative terms his relationship with his two estranged daughters, was simply inaccurate.

So Hallen made provisions out of the small estate of less than $10,000 to each of the daughters and ordered their costs be paid by the estate.

In Bourke v Keep, another case from last year, the deceased was survived by three children, but she distributed the estate between two of them in equal shares, saying in her will that the other daughter had a ”complete lack of concern or contact with me and other members of the family over a long period of time”.

Associate Justice Richard Macready found that the excluded plaintiff, who had to care for a disabled child, was entitled to $200,000, which resulted in a reduction of the shares of the two other children by $140,000 each and an increase in the allocation to lawyers from nil to $80,000. The costs of the losing defendants had to be borne by the estate.

It does not matter what an aged mother or father may feel about one or other of their children.

If some sort of merit can be demonstrated, decades of family history can be cast aside by a judge and funds apportioned according to need, rather than loving wishes and/or revenge.

In a similar case, Franks v Franks, the court rejected assertions of the deceased critical of one of her sons to whom she left a small legacy of $20,000. She claimed he had abused and harmed her and so left the vast bulk of her estate to her other son.

Nonetheless, the court awarded a life interest in a Port Macquarie property, valued at about $400,000 to her husband from whom she was separated, and thereafter equal shares to her two sons.

Evidence was brought that the deceased may have been ”psychotic”, or at least ”irrational”, at the time she made the claims about the plaintiff. Legal costs all up were just shy of $100,000.

Geoghegan v Szelid was a case where disproportionate lawyers’ costs had a starring role in a family provisions dispute. Sandra Szelid, who died in September 2010, left her small estate to her two children, but this was contested by her former husband. In contention was a home unit in Darlinghurst valued at about $300,000 and cash deposits of about $340.

After costs and expenses of sale, together with funeral expenses and other costs of the estate, we are talking of a remaining value of about $200,000. The former husband managed to show he was entitled to an amount of $30,000. However, the costs and disbursements of the lawyers ran to about $115,000.

Hallen hastened to add these costs were not unreasonable, only they were ”entirely out of proportion to the nature of the proceedings and the gross value of the estate”. The briefing of senior counsel in an estate that size ”was simply unnecessary and extravagant”.

A recent publication from the Australian Institute of Judicial Administration is entitled, ”Bleak House Revisited? Disproportionality in Family Provision Estate Litigation in NSW and Victoria”.

It seems to show that judges would like to find ways to extinguish the arrangement that exists in some situations where legal costs are ordered against the estate, even when the challenge to the will fails.

In 2009, Justice George Palmer of the New South Wales Supreme Court said in a case: ”That approach to family provision litigation, in effect, threw the whole burden of costs on to the beneficiaries of the estate. It promoted much wasteful litigation.”

This over-eagerness for litigation by would-be beneficiaries is also fuelled by ”no win, no fee” speculators, who encourage people to mistakenly believe they carry little personal risk if they mount a challenge.

Deciding challenges to wills is only part of the judicial task.

There are cases where there are a multiplicity of wills and painstaking work is needed to determine which one is valid.

There are complicated family branches, with brothers, sisters, half-brothers and half-sisters, making it more difficult to determine which nieces and nephews are supposed to be included.

The most fun is to be had when a mystery mistress pops out of the woodwork – to the surprise of the children of the deceased, who thought the fruits of their father’s life labours were theirs and theirs alone to feast upon.