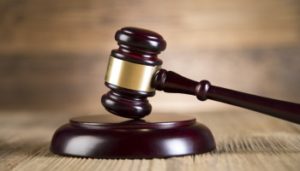 Cancer Council Victoria has launched a Supreme Court bid to get its hands on a dead woman’s medical records, to establish whether it has a claim to $12 million left to the organisation in her previous will.

Elizabeth Bell Thomson was 94 when she died last year.

In her first will, in 2004, she left her entire estate to the Cancer Council (then the Anti-Cancer Council) in the event her husband died before her.

But seven years later she wrote another will, cutting the Cancer Council out entirely – as well as her husband, who was still alive.

Instead, Mrs Thomson bequeathed $12.6 million to two individuals, Victoria Anne Wilshire and Peter Gordon Jeffs, and $500 each to the RSPCA and the William Angliss Hospital.

Four months later, according to documents filed with the Supreme Court, Mrs Thomson was admitted to an aged care home with formal diagnoses of dementia, glaucoma and visual impairment.

According to a statement of claim filed by the Cancer Council’s fundraising chief Andrew Buchanan, Mrs Thomson’s nieces and nephews contacted the organisation in October 2015, to say a “possible large bequest” was coming their way.

But, Mr Buchanan said, the Cancer Council was told the matter was “complex” and they should consult their lawyers for more information.

According to Mr Buchanan’s account (Fairfax Media has been unable to reach Mrs Wilshire and Mr Jeffs, despite repeated attempts), the matter has split the family.

One of Mrs Thomson’s nephews, William Jeffs, provided the Cancer Council with a copy of a medical record that showed Mrs Thomson had short-term memory problems in 2010 “and constant supervision of her was recommended”, Mr Buchanan said.

In an affidavit cited by Mr Buchanan Vera Jeffs, Peter Jeff’s wife, swore that she completed the 2011 will under instructions from Mrs Thomson, and said: “I wrote what Elizabeth told me to write”.

“My husband and I travelled to Melbourne to care for Elizabeth shortly prior to the will being executed,” Mrs Jeffs wrote in her affidavit, according to court documents.

Mrs Thomson’s GP, Dr Geoffrey Hanson, swore in an affidavit in March that Mrs Thomson had been of sound mind to alter her will in 2011.

But according to the documents filed with the court, when Mrs Thomson died her death certificate recorded her cause of death as “Bronchopneumonia – 4 days and Dementia of Alzheimer type – 5 years”.

An earlier request to Mrs Wilshire, as executor of the will, was refused, Mr Buchanan said.

Mr Buchanan said the Cancer Council could not decide whether to challenge the will until it could prove whether Mrs Thomson was of sound mind when she made her second will.