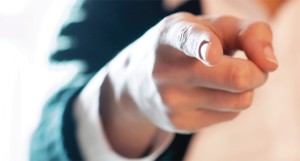 In cases involving family law matters, there are concerns that a party to a case may provide the court with false or misleading evidence – in particular, false allegations of family violence and abuse, which could subsequently affect the outcome of a case.

Section 117AB was inserted into the Family Law Act 1975 (Cth) (‘Family Law Act’) to address this particular concern. The section mandates that a court must make a costs order against a party who ‘knowingly made a false allegation or statement in the proceedings.’

Why was section 117AB removed?

The amendments brought about by the Family Violence Act was driven by the need to offer better protection for family members at risk of violence and abuse.[1]This necessitated the removal of section 117AB because previous research indicated that section 117AB has a discouraging effect on the disclosure of family violence. Parties may refrain from disclosing family violence or abuse due to fear of a costs order being made against them should they fail to substantiate the allegations.[2]

Secondly,there was no or scarce evidence that section 117AB was effective in preventing the making of false allegations of family violence.[3]In practice, costs orders under s 117AB are rarely made.[4]

How does the Family Law Act now deal with false allegations?

For better or for worse?

The fact that the courts can still make a cost order against a party who has made false allegations begs the question: what has the removal of section 117AB achieved?

Section 117AB carries with it the connotation that the courts are suspicious of parties who allege violence in family law matters.[6] Removing section 117AB represents a symbolic shift in thinking –the law is encouraging all information to be truthfully presented to the court[7]to ensure safe parenting arrangements can be made.

Additional amendments brought about by the Family Violence Act have further supported this change. The very definition of violence and abuse in the Family Law Act has been broadened to include physical and emotional abuse, and the exposure of children to family violence.[8]The Family Law Act also sets out anon-exhaustive list of examples of behaviour that may constitute family violence for guidance.[9]

The Family Law Act also imposes obligations on the court to take prompt action in relation to allegations of child abuse or family violence (section 67ZBB) and to question each party to child-related proceedings about the presence or risk of family violence or abuse (section 69ZQ).[10]